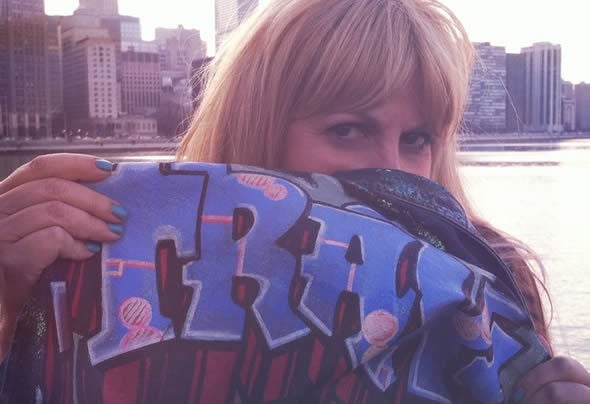 Rachael Cain, also known as Screamin’ Rachael, is a world-renowned entertainment diva. She has recorded several club hits as an artist, including ‘Fun With Bad Boys’, ‘Fantasy’ and the recent ‘Spirits Rising’. Heavily involved in all aspects of the music business, Rachael is the founder and president of TRAX Records, Chicago’s original house music label.At TRAX, Rachael Cain oversees a 1000-strong catalogue of classic dance anthems by the likes of Marshall Jefferson, Frankie Knuckles and DJ Pierre, licensing the titles for use in video games, films, TV and advertising. She is also responsible for TRAX’s current output of brand new house music from a respected roster of young artists such as Little Boots. As a successful musical entrepreneur, Screamin’ Rachael is a role model for women everywhere, especially in the male-dominated arena of the music industry.Mentored by another female musical trailblazer, Sylvia Robinson of Sugarhill Records, Screamin’ Rachael Cain knew that it was possible for a woman to put a genre on the map. Robinson did it with hip-hop; Cain did it with house.Though a successful entrepreneur and businesswoman, Screamin’ Rachael’s favourite place is the stage. She is one of the few industry professionals who has continued to perform whilst running an international, genre-defining label.Rachael has won many accolades as a vocalist, DJ, producer, TV host and actress. She has performed for a who’s who of international celebrities including Tony Bennett, Bill Clinton, Grace Jones, The Rolling Stones, the United Nations and Ivana Trump.