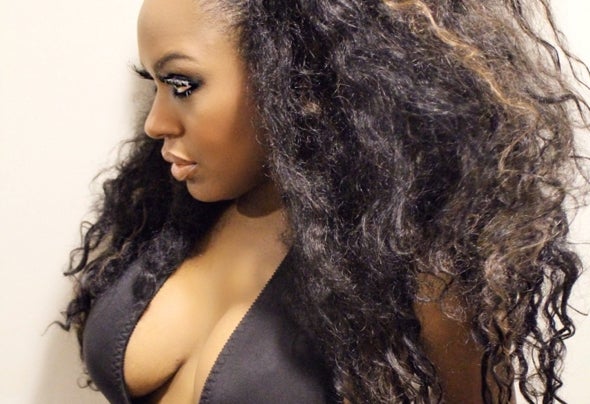 Ultra Naté. She reps hard for Baltimore, Maryland and is a world renown singer, songwriter, DJ, producer, label owner and promoter. She has released nine studio LPs [1990-2017] and travels the globe performing and spinning live for a variety of audiences. From horse races and the fashion elite to house parties and dance festivals. Concedes Ultra, “I've been writing my own songs since the beginning of my career. This was pivotal in establishing me as an artist with a distinct style all my own. I was one of the first artists in house/dance music signed to a major record deal with Warner Brothers in the UK in 1989 and I have more than 25 years of experience making groundbreaking music - having collaborated with a wide array of artists such as: The Basement Boys, Nellee Hooper, D-Influence, Mood II Swing, Nona Hendryx, Lenny Kravitz, Frankie Kuckles, N'Dea Davenport, DJ Class, NERVO, Tony Moran, StoneBridge, Todd Terry, David Morales, Michele Williams (of Destiny's Child), Boy George, 4 Hero, Deee-lite, Masters at Work, Roger Sanchez, Morgan Page, Chris Willis, Quentin Harris and others!” In Ultra’s nearly three decades of making music, she has remained a musical chameleon, embracing a variety of sounds. Her sound embraces a variety of genres including house, soul, disco, electro pop, R&B/hiphop and rock. Ultra is honored to be considered an icon of the Dance and LGBTQ communities worldwide. She was recently named one of Billboard Magazine’s "Greatest of All Time" *Top Dance Artists (#12) along with having three entries in the industry bible’s respective “Greatest Of All Time” *Top 10 Dance Club Songs including the perennial, platinum-selling #1 anthem, “Free.” Ultra Naté, your original 'party girl’ keeps bringing the party right back to you.