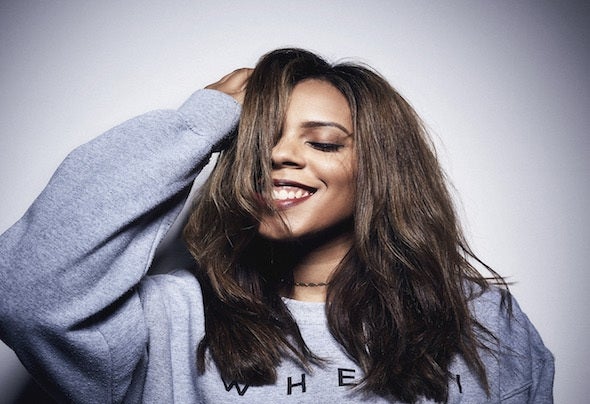 There aren’t many vocalists that can do to a record what Kelli-Leigh does - and that’s certified.Whether it’s getting her Whitney Houston on for Duke Dumont & Jax Jones’ global Grammy nominated anthem, ‘I Got U’, or coming like Toni Braxton for Second City’s club smash ‘I Wanna Feel’, her critically acclaimed vocal hits the spot and some. Both no.1 singles in the UK and across Europe (‘I Got U’ also topping the Billboard Dance Chart), Kelli-Leighs performance struck again when lending her distinctive R&B- inflected voice to Ferreck Dawn & Redondo’s ‘Love Too Deep’, Duke Dumont’s ‘The Giver (Reprise)’ & ‘Melt’, Low Steppa’s ‘So Real’ (previously no.1 on Music Week’s Cool Cuts chart), and Ministry of Sound’s signing A Minor’s ‘Be Mine'.Following up in 2016 with writing and vocals on various cuts, Kelli-Leighs creative ability was being noticed as an entity in itself. Another power vocal and strong lyrical content for Duke Dumont and former Beatport chart number 1 on "Be here" & a modern DJ classic for the crate with Low Steppa's club smash 'Runnin'.Kelli-Leigh is bringing the heat whatever the season. In case you need anymore convincing an earlier collaboration with Bingo Players on ‘Cry (Just A Little)’ back in 2011 has wracked up an impressive 17 million video plays on YouTube.You know the voice, now know the name.