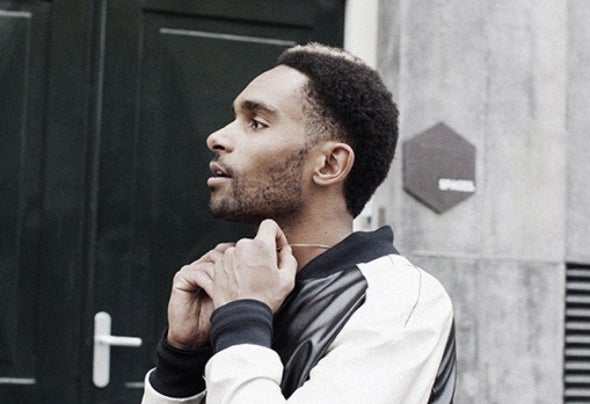 Thanks to the runaway success of his heavyweight ‘OMG’ single on legendary New York house label Strictly Rhythm, William Djoko has finally hit the dizzy heights that his talents always suggested he would. ‘OMG’ – a percussive, bass-heavy beast capable of making speaker stacks wobble – has been a highlight of the Amsterdam-based producer’s eye-catching DJ performances throughout the summer of 2017, including a notable closing slot at Circoloco at DC10 in Ibiza. The record’s success, alongside the support of a wide range of club and radio DJs such as BBC Radio 1’s Annie Mac, has helped Djoko to finally fulfill his potential. Before moving into DJing and production, the naturally optimistic Djoko trained as a dancer and was often asked to jump on the mic at house and techno parties. He brings this element of showmanship to all his DJ sets, acting as an energetic link between the crowd and the music he loves so much. Dancers regularly respond rapturously to the fluidity of Djoko’s sets, which tend towards the percussive and futuristic, with regular switches in style and tempo within his distinctively synthesizer and drum-heavy blueprint. Musically, clubbers are never quite sure what to expect from Djoko’s performances, other than they will be on point and hugely entertaining. It’s a style that has seen Djoko go from resident DJ at legendary Amsterdam venue Trouw to being a regular behind the decks at highly regarded festivals and club nights around the world. Where he was once out front amongst the dancers showing his appreciation, Djoko is now on stage, DJing alongside friends and heroes at such high profile venues and events as Concrete in Paris, Warehouse Project in Manchester & the iconic Printworks in London. He will begin two new residencies for 2018 – at hot Amsterdam venue Shelter and for London titan promoters LWE in conjunction with Dense & Pika. Djoko’s rise through the DJ ranks has been sound tracked by a string of well received productions. Before Strictly Rhythm came calling, he had been putting out music for almost a decade. In that time, he released singles and EPs on an impressive array of well-regarded underground labels, including Rush Hour, Mobilee, Voyage Direct, Leftroom and Tuskegee. These typically blurred the boundaries between house and techno, with Djoko using the opportunity to explore his love of muscular grooves and futurist electronics. Buoyed by the success of ‘OMG’, we can expect more top-drawer singles from Djoko in the months and years ahead.