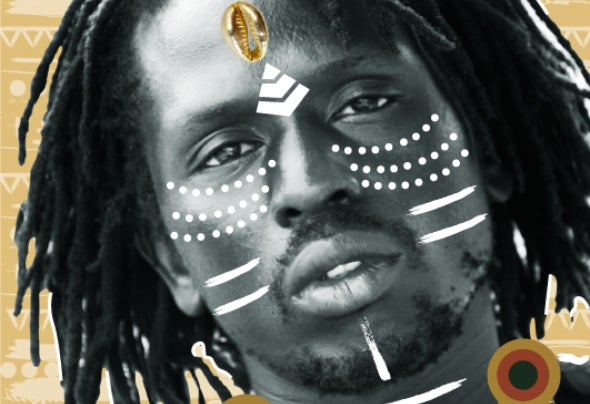 Emmanuel started his life as a child soldier in the war-torn region of Southern Sudan in the early 1980s. He was eventually rescued by a British aid worker Emma McCune and smuggled to Kenya where he overcame a huge number of struggles to become a successful and acclaimed recording artist and peace ambassador. He now lives in Toronto, Canada. Emmanuel has released six award nominated studio albums: Naath The Key, Gua, Ceasefire, Warchild and See Me Mama. He has just released a joint album Naath in June 2018, an infectious afrobeats infused album with his highly talented sister Nyaruach. His live appearances have included Live 8, Nelson Mandela’s 90th Birthday Concert and the One Concert for his Holiness the Dalai Lama. He has collaborated and performed alongside artists such as Lauryn Hill, Xavier Rudd, Peter Gabriel, Nelly Furtado, Darryl “DMC” McDaniels, Joss Stone, Ed Sheeran, Nile Rodgers and Alicia Keys. Over the course of his career Emmanuel’s music has found another audience through Electronic/Dance music remixes such as Henrik Schwarz’ Kuar Remix and the latest hit “Baai” with Ehrling and Kronan. While these are separate compositions from the album versions of his songs, they have proven an effective marketing vessel that can extend an album’s campaign far beyond the initial release window. Reputable labels and collaborators such as Pete Tong have gravitated to these remixes leading them to be enter rotation on national stations like BBC Radio 1 (making Emmanuel the first South Sudanese-Canadian artist to be broadcasted on the BBC). As such, new songs are now crafted in a way and stems are produced in order to expedite remixing possibilities and make that process as frictionless as possible.