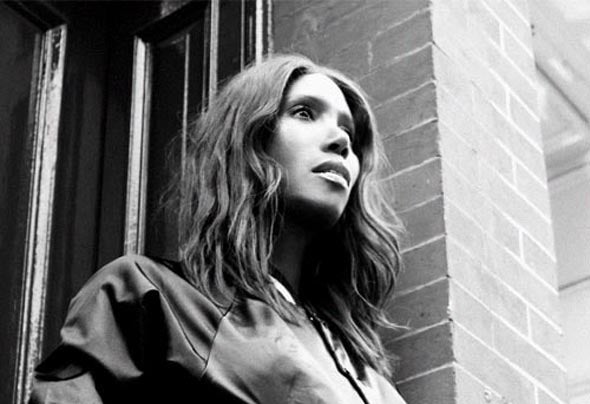 What more can be said about the fabulous Honey Dijon. She has rightly taken her place in the music world and one of the most exciting and unique talents today with her innovative and unique sound. She also boasts some impressive accolades from some of the biggest names in dance music from Danny Tenaglia to Derrick Carter.Based in NYC, born and bred in the Windy City, Honey is known for her unique take on the Chicago sound with inflections of the deep New York underground. In fact, Honey is one of the few dj’s in recent years to defy pigeon-holing. She draws from a wide repertoire of musical styles from old school Chicago House, disco, tech house, tribal, funk, soul, and R& B. She has graced the tables from Ministry of Sound London to Ushuaia Ibiza, Panorama Bar Berlin, Stereo Montreal and everywhere in between. She has also shared the decks with none other Danny Tenaglia, Derrick Carter, Green Velvet, The Martinez Brothers, Satoshi Tomiie, and Quentin Harris.Honey is also entering one of the most prolific times in her career not only as a DJ , but as a producer as well. Collaborating with such legendary vocalists Dajae and Celeda, Honey can count Toolroom Records, Nervous, Mile End, Stereo Productions, Deeperfect, Classic Recordings as a few of the labels she has released tracks on. She also runs her own label Digital Disco which has seen artists DJ Sneak, Jeremy Joshua, Derrick Carter, Luke Solomon and Orangemuse all contribute to it’s growing success. Honey has also remixed, along with her studio partner Sebastian Manuel, pop acts Cyndi Lauper, Casey Spooner, R.E.M, and Jessica 6 spreading her infectious sound to garner even more fans around the world.Honey’s recent gigs for such clients as Louis Vuitton, Givenchy, Rick Owens and other global taste-makersis also making her one of the most sought after dj’s for top fashion events.Always inspired by new ideas and new music, Honey continues to push the envelope to create new andexciting projects. As Danny Tenaglia said when once asked what is his favorite form of dance music, hereplied ‘I LIKE IT ALL”! What a great motto that suits Honey Dijon perfectly!