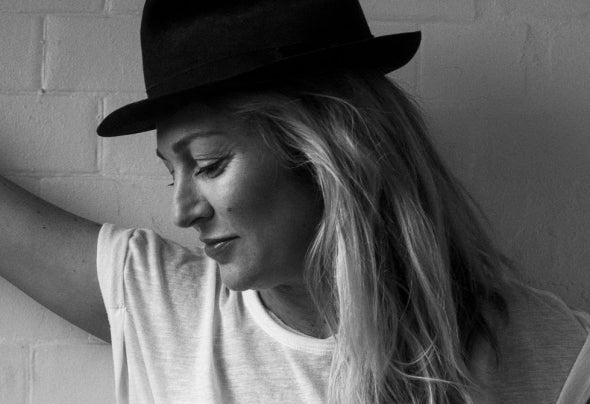 London-based Sophie Lloyd radiates dancefloor magic behind the decks and in the studio, producing “happy music” as an antidote to the world’s pervading doom and gloom. She’s a DJ with over 15 years experience, an authoritative depth of musical knowledge and an innate talent for creating an atmosphere with music. Summoning the power of the most joy-filled sounds, Sophie’s affinity for disco, soul and house music has seen her play alongside the likes of Mark Ronson, Horse Meat Disco, Purple Disco Machine, Dimitri From Paris and Todd Terje, as well as being a frequent guest at Jade Jaggers’ legendary Jezebel parties. Also a regular on the festival scene with her unfailingly uplifting selections, she has curated a stage at Festival No6 in Portmerion as well as playing for Glitterbox, Classic Music Company and Secret Garden Party, Farr, Lovebox and Bestival festivals, to name only a few. She has also held numerous high-profile residencies in London and played for a range of world-class clients, where her sets are consistently discerning and diverse. Since pouring her passions into some serious studio hours, Sophie’s productions are turning heads. With releases on Greg Wilson’s A&R label, Paper Recordings and MTA, most recently she signed her sublime gospel house record ‘Calling Out’ to Classic Music Company. Featuring the uplifting voices of soul trio Dames Brown, ‘Calling Out’ has received critical acclaim and picked up remixes from the likes of Floorplan and Danny Krivit. Calling Out went straight into no1 on the Juno chart (all genres) and at no2 (all genres) on Traxsource when the 12” was released. The original 7” release continues to sell out while the record opens the dance music world up at Sophie’s feet. Always naturally understated, Sophie Lloyd’s impeccable taste shines through in everything she does, whether that’s an irresistible party soundtrack or a timeless disco record.