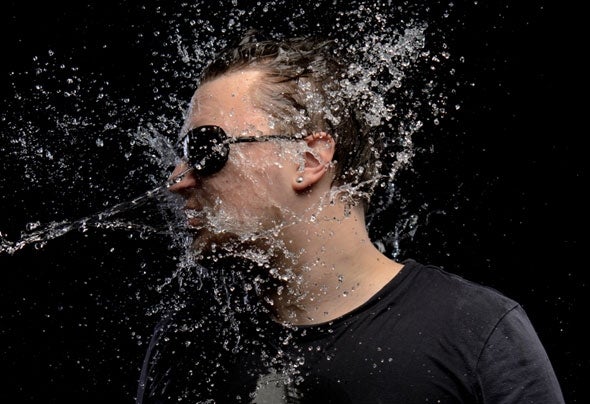 Virus J is undoubtedly one of the most productive producers to come out of the Baltic States. Remixes for USA superstar T-Pain, Marshall Jefferson, Sister Bliss (Faithless), Dj Pierre, Kings of Tomorrow, Sultan, Deep Forest, Rui Da Silva, and many more made a small town boy into a real dance music heavyweight, who was also blessed with Sandy Rivera remixing one of his tracks. Before the end of the year 2011, “Azuli” label released their “Global guide’12” compilation with Dirty South, Steve Angello, Afrojack, Sultan tracks. The big hit was - this compilation also featured 3 tracks made by Virus J!Main track “Put Your Hands Up” that was done together with Sandy Rivera, and remixed by dutch Dj JoeySuki. The video for this track was shoot worldwide, in more than 12 countries. Second track that made it to the compilation "Azuli Global Guide'12" was Newland and Dj Vivona masterpeace “Set Me Free” remixed by Virus J. Third, but not least - “Kings of Tomorrow” that was not only introduced with a big bang on Virus J’s homeland together with Sandy Rivera, but after the release by Defected label, is still being highly used in such labels as "Ministry Of Sound", "Hed Kandi", "Warner Music" and others.Virus J has also involved in multiple live projects with vocalists & live instrumentals. Just to name few - collaboration with MTV award winning singer Jurga and rising star on the main Europe’s Jazz festivals Kristina Jatautaite. All these collaborations led to an amazingly successful new album - called “Try It”. With more than 13 new and renewed tracks - from house to progressive, from big room to energy throbbing techno. New album also offers few tracks with a little of acid and can truly be named as the real big room bangers.”Try it” was the second album that was released in Lithuania, before that even more promising event in Virus J life was in 2009 released album ”Addictive”. Because of highly rated tracks on the album, it was also sponsored by MTV Networks Baltic. Once a proud member "Pacha Vilnius" club that has currently became a history of Lithuania's dance scene. Also his passport was stamped with a pride of becoming official resident for the second Ibiza - “Kazantip” festival. Therefore he extended his horizons by hosting a weekly radio show "Pro-duce Music" on nationally transmitted and one of the most popular radio stations on the market. During his fruitful career in Lithuania, he also managed to appear on the highly valued venue lineups hosting and warming up well known stars - Underworld, Armin Van Buuren, Paul Van Dyk, Tiesto, Above and Beyond, John Digweed, Kaskade and many more.