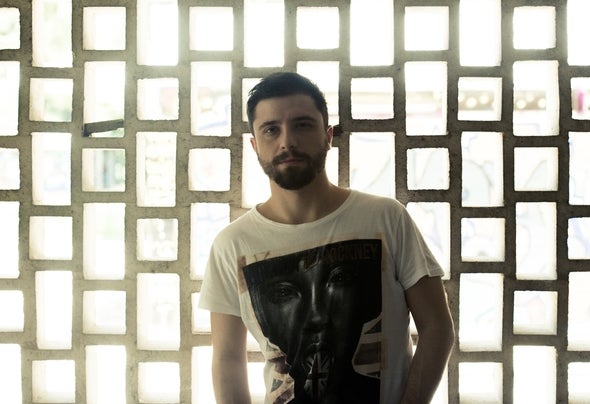 JMP aka Pantelis Tzamalis has a lot to offer in the electronic music scene. Already spinning at age 16 in his native city of Patras, and just two years later getting into full-on music production, influenced by a variety of electronic music artists and DJs/producers from the 90's and '00 era. Word got out and soon after, he began performing around the best dance hotspots in Greece, places such as Cavo Paradiso in Mykonos and Dybbuk (Athens), but also abroad, on coveted clubs such as the Cocoon Club in Frankfurt. Since 2007 he has been hosting the most popular electronic music radio show in Patras, which was re- broadcasted several times in other stations often featuring original sets from star guests such as Guy J, Henry Saiz, Joris Voorn, Marco Bailey, Gorge, Nick Warren, Robert Babicz, Manuel De La Mare, Jody Wisternoff to name a few. JMP's own productions are already making the rounds in well-respected labels [Soulman Music, Chilli Mint, Alola, and others] and there's also a neat side project with world-class producer Dousk. His tracks are supported and charted by well-known DJs around the world, such as Richie Hawtin, Betoko, Hernan Cattaneo, Kolombo, Dubre, Nic Fanciulli, Jerome Isma-Ae, Los Suruba, Omid 16B, Nick Warren and many more. JMP made it in the best House Producers #Top100 for 2014, according to traxsource.com, one of the most popular online music stores.