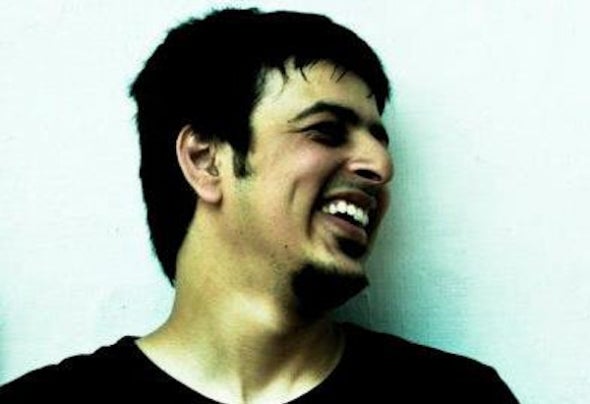 In a movement that may surprise some, a fresh new wave of DJs and producers are bursting forth from the burgeoning house music scene inIndia and making an international impact. For a country well-known for its rich culture and unique musical forms, electronic music has not been seen to make much of an impact. This is about to change with the advent of a thriving electronic dance and house scene in India's major cities. A special part of this is a DJ/producer named Vipul.Vipul was set on a path familiar to many Indian students, with an intended future career working in computers. Vipul attended universityto study computer science but his exposure to the diverse college community led him to house music. An intense passion for the style wasborn and Vipul switched his goal to becoming a house music DJ upon exiting college. Unfortunately, his traditional Indian family did notunderstand this new aspiration and were quite resistant. With Vipul in tow, his parents consulted an Indian astrologer for guidance. Much tothe astonishment of Vipul and his family the astrologer advised Vipul to pursue his DJ passion and predicted that it would lead him to much success. Thus the family gave their blessing and Vipul's new career in house music was launched.Vipul was heavily influenced by DJs and artists such as Darin Epsilon, Sasha , John Digweed, Robert Babicz, Chris Micall, Audiofly,Tim Davison, Peter Horrevorts, Dousk etc. Vipul's sets are open to many different styles and genres. He has found himself working mostly in a very funky, tech-house sound that also draws on jackin' and hypnotic elements. His prowess behind the decks quickly earned Vipul a residency at one of the major clubs in Delhi where he was able to play across the entire range of house music. Vipul soon found himself booked with more well-known DJs like Tim Davison, Dr Norman Doray , Inland Knights , Dr.Kucho , Alex Niggemann , Rainer Weichhold , etc .It was this acquaintance with Hamza, the founder of India's premier house music label Wind Horse Records, that proved most consequential.Befriending Hamza not only opened Vipul to different sounds and styles in DJ'ing, but Hamza's critique and encouragement greatly influencedthe growth of Vipul's studio output. Soon Vipul was creating tracks that impressed Hamza enough to welcome the young producer to the WindHorse family. In due time, Vipul honed his cross- genre sound, drawing upon elements of progressive and deep house. He started gaining noticewith his production efforts earning great feedback from top DJ names in the industry. Vipul's first track, "Persian Love," was repeatedly played out by artists like Tocadisco , Blank and Jones , and Muzikjunki. In India "Persian Love" become quite popular, and Vipul gained a satisfying recognition in his home country. Outside of India, Vipul's rising profile resulting in opportunities to contribute music to global labels such as Subtract music ,Sick Watona, 925 Digital, Whose Haus, Lowbit, Endemic Digital, Budenzauber, City Life, Virtual Love, 3AM Recordings, Freizeitglauben Berlin and more.Vipul's star continues to rise with more DJ dates throughout India and abroad, future studio collaborations and accomplishments, and acontinuing influential role in Wind Horse Records. His upcoming projects include many new original tracks, a collaboration withrenowned Argentinian Ricky Ryan. Not everyone can claim to be as insightful as an Indian astrologer, but it is easy to see that Vipul's bright future in house music is assured.