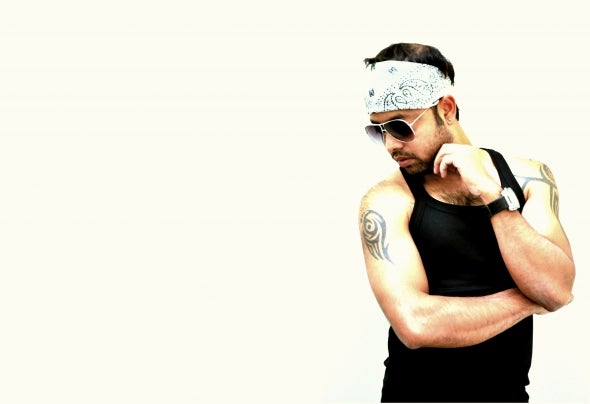 An internationally acclaimed Producer, very popular DJ, owner of three night-clubs and a successful Label owner encouraging musical talent for the world audience, Kay Mikado has carved a niche for himself in the international scene of music over the past decade of his professional musical career. His high energy levels are commendable and his positive attitude rings in every pulse of his music produced. “Music is universal. It has no language and no barrier. Whatever sounds good to my ears is good music.”, says Kay Mikado, one of the headlining producers from India creating big waves in the International Electronic Dance Music scene. Being Completely into the club scene as a Producer, DJ, Club Owner, Kay Mikado understands the art of club business and the precise deliverables of a DJ as well as a Producer. Kay Mikado as a DJ: “My endeavor is to deliver the best.” Besides being applauded for his original music worldwide, Kay Mikado is a very powerful DJ and loves spinning a very high energy set. He also loves to spin a long deep set and a regularly updated set with a good combination of his originals & an array of best music of his genre around the world. His live gigs are always fun to watch as he combines his DJ sets with his live acts on Midis, Keyboards & External Effects Box. Kay Mikado as a Producer: “When it comes to Production, I do only Progressive House Music with lots of melody in it; of late, I have been doing a lot of records, with very high energy.” Kay Mikado got into serious production during the mid 2009. He has grown into a producer at a lightning speed and has released more than 100 international tracks under renowned Record Labels. In a short span of time he is signed with the best Progressive House Record Labels across the globe. With over 35 releases and 105 titles, he has a very strong presence in the international market of Progressive House genre of music and is supported by most of the big names in the circuit. His music is supported by big names like, John Digweed, Armin Van Buuren, Markus Schulz, Paul Van Dyk , Gareth Emery, tyDi, Jerome Isma-Ae, Hernan Cattaneo, Farry Corsten, Kyau & Albert, Chris Lake, Fady Ferraye, Jaytech, Nick Warren, Paul Oakenfold, Michael & Leavan, dPen, Solarstone and many others from the top DJs of the world. Kay Mikado as a Label Owner: In November 2010, Kay Mikado launched his own lable called “Lohit”. It is a part of the Proton Music Community and is mainly into Progressive and Deep House genre of music. As the name Lohit, suggests the source of the mighty river Brahmaputra, it is also the source to many young talents and musical wizards of the country. It strongly believes in helping young talents, not only with their releases, but also with their sound bytes. Lohit is supported by eminent names like Markus Schulz, Jerome Isma-ae, Jaytech, Paul Okanfold, Paul Trainer, Sultan, Mike Shiver, tyDi, Paolo Mojo, Solarstones, Sonic Union, Hyline, X-Noise, Miss Nine, Progressive House World to name a few. Currently Lohit is the fastest growing Indian Electronic Dance Music label and has already created a niche for itself in the International Deep & Progressive House Music Domain. It has released about 40 numbers and has 43 artists in its Label roaster. Kay Mikado has always excelled in whatever he has done in his life, only because of the fact that he does what he loves”. Truly, when you believe in yourself and have the passion to achieve, no one can stop you.