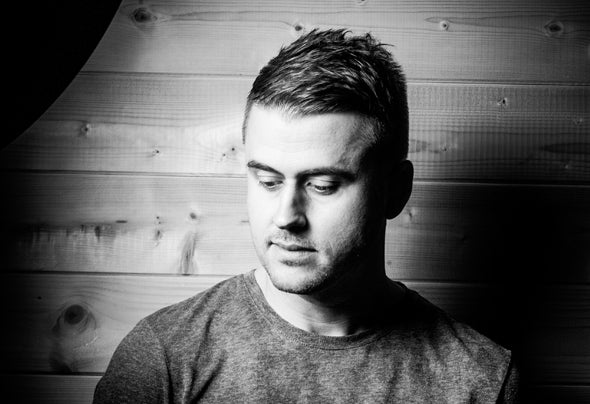 Constantly referred to as an emerging talent, UK based DJ & Producer Steve Haines has been crafting his energetic progressive sound. Influenced by a passion for dance music going back 20 years, his blend of driving basslines, upfront beats and melodic hooks have found an ever-growing audience around the globe. Gareth Emery, Paul Oakenfold, Roger Sanchez and Max Graham are amongst the list of established artists across the EDM scene that supports Steve’s sound. This is testament to his hard work and dedication. Steve’s production talent and ability as a DJ have seen him play across Europe with shows in Denmark, Spain and Ireland. Steve started out as a DJ in the mid 90’s and was inspired by big names such as Paul Oakenfold and Sasha. After playing local parties and clubs he was hooked and wanted to takes things further so he began learning how to produce his own music. Fast forward a few years and Steve has an impressive list of accomplishments that continue to expand. After releases on labels including CR2 Records and Spinnin Records Steve continued to aim high in 2011 with a hectic remix schedule and phenomenal original tracks. Steve’s Terminal Velocity EP released though UK imprint Whartone picked up radio support from Tiesto on his Clublife show, ‘Its Time’ with Jonathan Ulysses and Oliver Lang proved to be a big track for Markus Schulz receiving several plays. Steve has also proved himself as a ‘go to’ remixer, his re-works of tracks from artists including Max Graham, Eco and Solarity have picked up support from Paul Van Dyk, Paul Oakenfold and Andy Moor. Steve’s monthly podcast has been gaining listeners on a monthly basis and 2011 also saw his talents showcased on several radio guest mixes including Proton Radio’s featured artist show and a mix on Matt Darey’s hugely popular Nocturnal show which was aired on several radio stations around the world. As we settle into 2012, Steve has kicked off the year with a remix on the mighty Toolroom Records and an EP release on Max Graham’s Re*Brand label which has already gained a high chart placing on Beatport and support from Gareth Emery on his podcast. These are just a taste of things to come in 2012 from this up and coming talent.... "Steve's music is really hot for me right now and I'm playing loads of it at my gigs and on my radio shows. I hope we get a remix from him on Perfecto soon!" Paul Oakenfold "I remember exactly when I walked into a club in San Diego and heard a track that made me go right up to the warm up dj and ask him what it was. "Steve Haines" he said. Been a massive fan of the acid driven, chunky hybrid style that Steve makes ever since" Max Graham