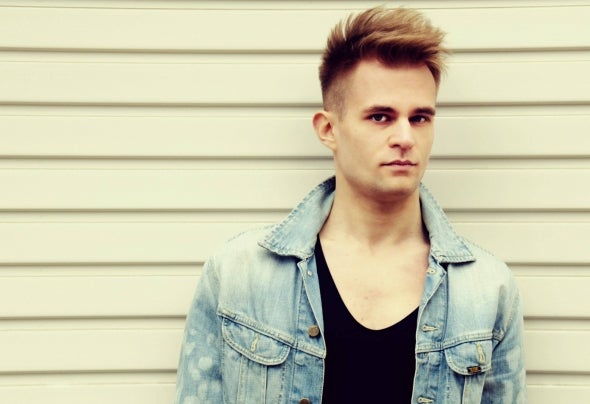 Andromedha is Patryk Solecki, born in 1990 from the small town of Rymanow, Poland,currently living and studying in the second largest city in Poland, Cracow.Patryk landed into the industry relatively recently in 2012 with his debut track 'Illes Balears' andinstantly knew this was his calling to keep going.The music he creates stems from a deep passionand determination and although his heart is in progressive he likes to experiment with other genres and keep the boundaries wide open as he feels music should be judged on its artistic contentand not by the genre its categorized in to. There's a truth to be found in the music he creates as it stems fromlife experiences, a mirror of his life and emotions.Andromedha has had release on the likes of Infrasonic, Mistique Music, Graygoo and Progressive House Worldwide and hasrecently signed up to the brand new upcoming agency Apollo Artists Agency who are dedicated to bringing some of the finest upcoming talents the recognition they deserve.He has made it into the play lists of some great artists such as Tucandeo, Markus Schulz, Max Graham, Roger Shah and Grube & Hovsepian.Last year saw Patryk take another leap on the scene with Darkpload Music, bringing us Darkpload Records, Darkpload Deep and Darkpload Mastering Services, he currently co- owns and manages the brand which has been received well and gained some massive support. He also has his own radio show called Dark Light which has been broadcasting since 2011 on many radio stations and has featured some great guests such as Wellenrausch, Aaron Camz, Danilo Ercole, Benya and Styller.This year the driving force that is Andromedha and Patryk Solecki will take us deeper into the sounds and creations of the brand, the music will never be about what must be done but alwaysabout what he feels should be done. Music is the energy from within the soul it brings emotions and feeling along with every single sound and this is how its meant to be.'When I start to work on music everything else fades away, then a kind of magic happens' Patryk Solecki