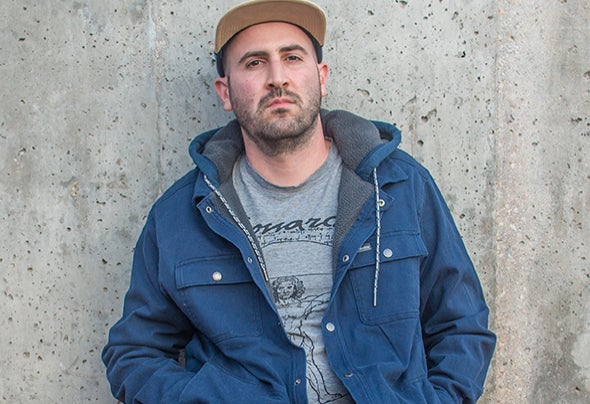 The style of electronic music championed by Black Wands exists somewhere in the ether between majesty and melancholy. From a spark of inspiration, the Denver producer crafts cinematic soundscapes that set the mood for a more sophisticated dance floor. Black Wands has shared the stage with some of the finest in melodic & progressive, including Le Youth, Pretty Pink, Fehrplay, Grum, Jeremy Olander, Matt Lange, Enamour, and Worakls. 2022 started off strong with the release of his ‘Protector’ EP on Immersed, garnering radio support from the likes of Nora En Pure, Chicane, and Deeparture. 2021 was capped off with the release of his ‘Can’t Tell’ EP on PRGRSSN Records, the new label from renowned producer/DJ Le Youth. His tracks “Revenant” and “Myth” were supported by trance legends Aly & Fila, as well as Cosmic Gate, on their global ‘Future Sound of Egypt’ and ‘Wake You Mind’ radio shows respectively. He also received a premiere on the Anjunabeats Worldwide podcast for his single ‘Candlelight’. In 2020, his release, “Exhale” was supported on Zerothree Music’s REALPROG Radio, and he was also enlisted to remix Fehrplay’s “Fortan” - his breakthrough partnership into the scene. Swelling chord progressions meet with gritty, analogue bass lines in the path he forges for each spellbinding sonic journey. Drawing upon not only post rock and metal but also progressive trance and melodic techno, his background as a singer/songwriter equips him to synthesize his eclectic origins into a singular, cohesive statement. With releases on PRGRSSN Records, Immersed, Mood of Mind and Future Sound of Egypt , this emerging talent has begun to bring his vision to life.