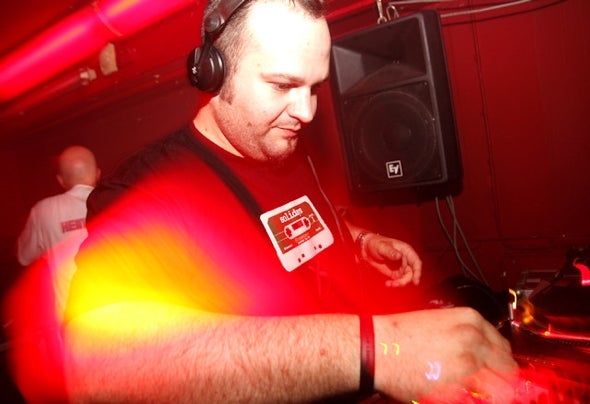 Homebase first discovered electronic music in the early 1990’s while getting in touch with the fresh Techno and House Scene of Nuremberg.In 1993 Homebase becomes weekly Resident at the Toxicc Club, one of the first Technoclubs in Germany.He started working for Tom Novy..s Recordstore and soon he was playing all Franconian Clubs like the legendary Boot Club that was situated on a Boat.In addition he was writing for the Partysan Magazin and the first foreign Gigs in Istanbul and Madrid followed soon.1998 “Homie” began promoting his own events called Electric Culture witch meanwhile is the largest existing Event Series in Bavaria and played with all the big Names like Jeff Mills, Carl Cox, Robert Hood, Dj Hell, Ellen Allien, Steve Bug, Roman Flügel, Karotte, Sascha Funke, Paul Kalbrenner and so on and on.Homebase organized a Truck on the Love Parade and played more and more Gigs all over Germany, while he set out to build his own Musicstudio.His first Releases were in 2002 and after a Businessbreak for Opening his own Recordstore called Beatwax, he released in 2006 two massive records on Waskidz (Hamburg) and Criminal Records (Berlin) that where played and Charted by all Top Djs worldwide including Appearances on Compilations like the french Trax Magazine ,Radio Sunshine in Germany or for the famous Robert Johnson Club (Playhouse Records).Due to the worldwide postive Reactions of this Releases Homebase will force his Producing, so that we can expect big new Releases and Remixes coming up soon!Beside of producing fresh Techno and House Tracks, Homebase loves playing long Sets and also has started playing selected Live Acts to rock the Dancefloors worldwide.www.djhomebase.de www.facebook.com/djhomebase.de