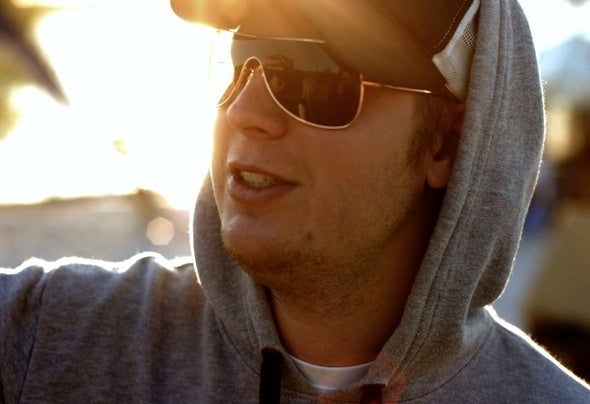 T homas Dirnhöfer AKA Tom Shopper was born in Amberg, Germany, 1984. Amberg is a small town between Regensburg and Nürnberg (Bavaria). There he studied banking from 2000 to 2003. During his studies he realized he could not do this job forever.Having been always fascinated by music and having done some DJing, from his first apprentice allowance he purchased two turn tables and a mixer. Then the adventure began with his new gear in hand he started trying to get gigs and with the help of an old pro DJ from Amberg, started to mix.Tom having reached some degree of success as a “Hometown DJ” and having acquired local fans was glad and could appreciate his situation. Seeking a career he decided that he would continue on the path of creativity. He sought and got an apprenticeship in Broadcasting at a local TV station (Oberpfalz TV) in lieu of military service (which is compulsory in Germany).There at the TV station his keen abilities and good sense of hearing were noticed and he was given the responsibility of a studio soundman.Tom ended his apprenticeship immediately in order to take advantage of the opportunity before him. T hat opportunity was to make DJing and Producing his profession. He also began to giving workshops with the sequencer-software Ableton Live as a certified Trainer and also teaching DJing.In 2007 Tom made a move to Nürnberg where there is located a scene of House Music, clubs and locations to apply his trade.His need to learn, improve his abilities and Jam are unsurpassed.DJ Tom Shopper has always projects in the making and rearing to go.