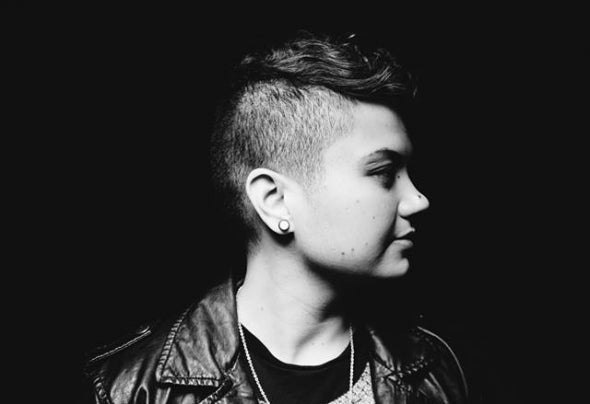 House and Techno Producer & Vocalist, Krystle Love B, hailing from Calgary, AB, has been busy these last few years working on a signature sound to call her own. Combining elements of Deep House and Techno with catchy melodies and pitched vocal samples, K.L.B. has ability to lift you up and help you set sail on an emotional musical journey guaranteed to hypnotize you and get you movin' & groovin'.Her tunes include releases on Isis Grahams' 'In The Garden' Remix EP,AM Static’s ‘Root Between The Stones’ remix EP and has been aired on the American web series ‘Girl/Girl Scene’ in February 2013. You can also catch her vocals on a few tracks by various producers in the United States including ‘The Way We Love'– SirensCeol and 'So Far Gone' – F.O.O.K.Currently, Krystle's latest collaboration release with Isis Graham titled 'Thelma & Louise', debuted in Traxsources' Top 100 Deep House tunes within five days of its' release date and climbed its' way into Top 20. Her upcoming releases for 2014 include 'The Empath' EP (Moonlight Records - Canada) which is expected to set her apart from other local producers as she has found a sound that defines what she is all about.Krystle Love B is one third of Calgary's 'Frontier' DJ Collective alongside fellow Techno DJ's Powershark and Four Eyes. Frontier is a new night full of hand selected Deep House and Techno tunes held once every few months at Habitat Living Sound. She is also a music producer, DJ and blogger for the longest running female DJ collective, Girls On Decks.With support from Girls On Decks, Frontier DJ Collective, labels Moonlight/Third City Records and Substation Recordings, Krystle Love B is quickly becoming an up and coming force to be reckoned with in the electronic dance community.