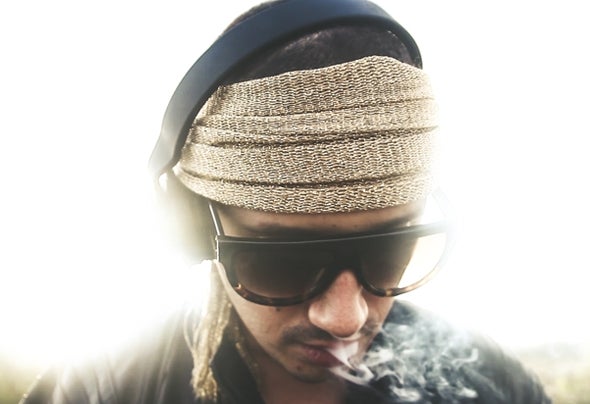 Self-taught musician (keyboards & caisa drum), Dj and Producer, Cristian Viviano (born in Palermo in 1987), can definitely be qualified as a polyhedric and inspired artist. Listening to his sets, which are involving and full of positive vibes, it is impossible not to notice the strong sense of empathy he feels with the audience. His passion for music was born in the streets under the influence of funky culture. His personal discovery of musical technology led him towards a strongly tribal influenced, techno and house rhythm, which he achieves by using sequencers, synthesizers and drum machines. From 2000 to 2006 he was dj resident of the Religion Dance Events, playing with artists as Little Louie Vega, Kenny Dope Gonzalez, Frankie Knuckels, Timo Maas & others important names of the international house music scene. Since 2000, Cristian has played in many well known clubs and parties around Italy and Europe such as: Peter Pan, Fluid, Mazoom Le Plaisir, Circolo degli Illuminati in Europe as Public Life in London, Pacha Ibiza, Ushuaia Ibiza, Vanilla Ninja club in Moscow. His style, characterized by continuous research, is evident in his many releases. From "A Vucciria" to "Sicilian Pride" (productions that honors his Sicilian roots), "Fatimas Bed" (Cocolino), "Throught the magic", "Rebels Attack" (for his label Descending Order) and "Revolution" (Safari Electronique), the constant evolution of his style can be seen clearly. Viviano also stands out for his remixes such as "Let Go" by Paul Van Dyk (Vandit) and "Green Girl FNK" by Evans & Waterfall (Tenax Recordings). In 2009, he was awarded the "Trend Award" Top Italian Dj Young. In 2010, he began cooperating with well known labels such as Climatic Sound, Time has changed, Tenax, Monique Musique. His work is supported by artists such as Laurent Garnier, Richie Hawtin, Paco Osuna, Carl Cox, Danny Tenaglia, Matthias Tanzmann, Marco Carola and many others... In summer 2011 Cristian has been the creator of the Pleiadians Ibiza movement, promoting events in various locations, hosting in his consolle artists like: Raresh, SIS, Cezar, Apollonia, Vera, Nima Gorji, Jan Krueger, Seuil, Cassy, Piticu & many more. He also became a member of the COCOLINO project created by SIS. They started collaborating in Ibiza after finding common points of view based on respect of good music. The years 2012 and 2013 are very important for Cristian's career. The 2012 begins with very important gigs around Europe, Spain, Italy, Russia, Germany, Croatia, United Kingdom he had also is own party at Punta Arabi Ibiza during the summer. Cristian's first album "As old as young" became reality in November, the release had a great reaction from the underground scene. In 2013 he began cooperating with labels such as Safari Electronique, Natural Rhythm, one of his work has been selected from Paco Osuna for the Enter Compilation 2013 released by Minus recordings. Cristian is playing for the best clubs of the island, such as Sirocco, Destino, Booom and he became also the resident dj of Delicatezze at Downtown Ibiza (Cipriani). Currently, Cristian is focus on his project, Descending Order aimed at spreading the importance and power of love, creativity and the respect to the life's order as core values of life.