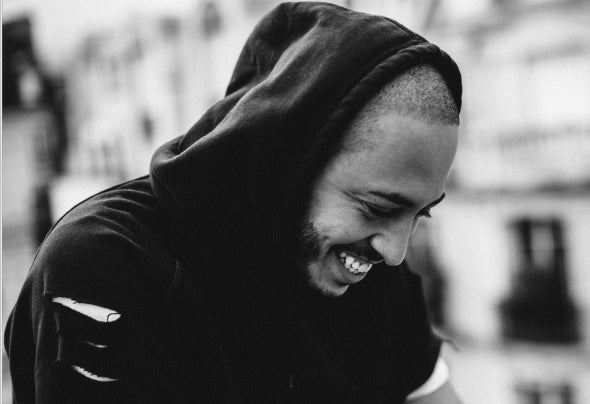 SIRUS HOOD is a French artist whose musical and visual universe is influenced by Ghetto House. It combines Deep House and 80s’ Chicago Hip House movement to revisit the Booty House style- a genre he wants to push the limits of.Talented and innovative producer, SIRUS HOOD presents a new vision of the underground culture. It is focus on an alternative culture and different approach to hyper communication. A way to offer an authentic approach with regards to his fans.In an era where everything is revolving around intrusive social networking, SIRUS HOOD took a stand by refusing any form of stardom. Deeply old school and rebellious, he decided to play with his face partially covered, mixing mystery and passion. One way to aim attention at his music and carry a strong message : no trends, no fame, no buzz, only good music.This individual approach is as passionate as it is audacious, especially in current times.Fueled by a solid musical background, Sirus Hood saw his career take off during the summer of 2013.After one full year of hard work in the studio, he started sharing his vibes behind the decks and got early support from Amine Edge & DANCE, Kolombo, Sharam Jey, Tapesh... and now plays with the hottest underground DJ’s in IbIza : DJ Sneak, Josh Wink, Ramon Tapia, Kolombo, Todd Terry, NT FO ...2013 has been a big year for Sirus Hood.with tracks signed to some of the biggest labels in the game (CUFF, Bunny Tiger, loulou records...), 2014 is set to be an even bigger year for this man!