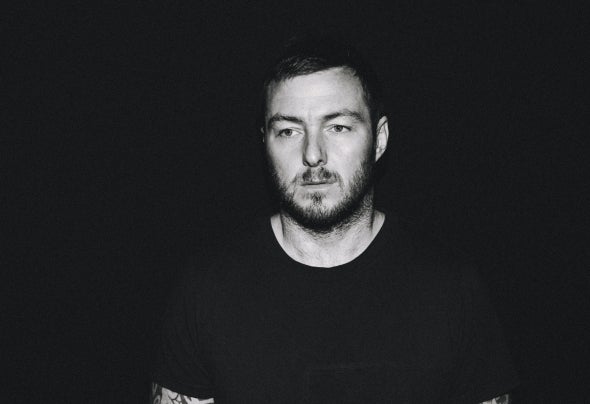 Mark Jenkyns, former steel engineer from Newcastle has become one of the hottest properties within today's electronic music scene. A season on the magical island of Ibiza was all it took to truly ignite Mark's passion. There he met the close friends who helped put his career in focus and, eventually, gave him enough confidence to set off on the pathway to success. He set about learning to DJ as soon as he returned to the UK, playing mainly at home. “I was playing in my bedroom most of the time, pretending to myself that I was playing in big arenas!” he quips. After dipping in and out of 'the scene' several times and never quite getting it all going, the death of his father finally gave Mark the impetus to really follow his heart and take his own journey. During subsequent trips to Burning Man and Peru, Mark began to truly open his mind, delving deep into his inner psyche and discovering a deep connection to music.A taste for production was soon to follow, and became the catalyst behind a wave of encouragement from his close friends at Hot Creations. “I'm a bit of a computer nerd at heart. I wanted to work out how to actually make the tunes, so I started getting into production,” he explains. With a big push from his crew, he finally began to grow in confidence and handed out a few tracks that were snapped up instantly. “It's a pretty basic story really, not like one of those old Bronx tales!” he jokes. Releases on Hot Creations and its sister label Hot Waves helped to establish his name, leading to interest from all corners of the scene. Eventually, after a stint with the well- respected Lower East agency, he signed to NGE Booking in September 2012 and with that, a new chapter began. In Summer 2013 he became a resident at Jamie Jones' Paradise night in Ibiza as well as landing gigs all around Europe and the UK picking up a solid fan-base and spreading cosmic vibes to all along the way.Mark Jenkyns embodies a strong mantra, believing that the power of the universe has been a driving force behind his positive outlook and self-belief that has carved the beginnings of a successful and exciting career. Just recently he rolled out a stunning remix of Davi's 'Rebel Heart' for Crosstown Rebels as well as releases on Resonance Records, Dogmatik Records and Hot Creations. But it's just the beginning. Mark continues to spend as much time as possible in his cosmic broom cupboard, concocting plenty more dancefloor-ready productions. With some major collaborations in the works with fellow producers Inxec, Clive Henry and Canadian Greg Pidcock all in the pipeline, 2014 is shaping up to be a big year for Mark.