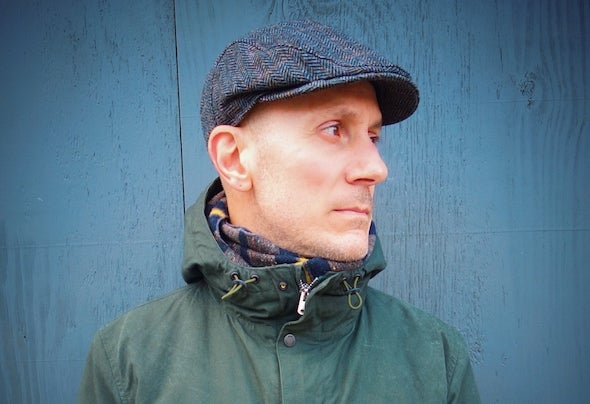 Born and raised in the Detroit enclave of Hamtramck, DJ 3000 was inundated with both the sights and sounds of his neighborhood, a highly ethnic area of Detroit, as well as with the influence of the music of his parent's native Albanian background. This diverse collection of influence shaped the make-up of both DJ 3000 and the vision of the Motech Records label.He began DJ'ing around Detroit and was introduced to the world via the "Somewhere in Detroit" mix series on Submerge Recordings. Juncaj had always gone by his given name when performing, however UR co-founder “Mad” Mike Banks decided that Juncaj needed a DJ name. UR and Submerge had just relocated their headquarters to 3000 W. Grand Boulevard in Detroit, so in the honor of that, and to let the world know that Juncaj was part of delivering the sound of Submerge and UR to the masses, he was dubbed DJ 3000. Since the release of the SID mix series, as well as with the success of his "Electric Soul" and "True Colors”, DJ 3000 decided it was time to start his own label Motech in 2002.Motech Records has forged its own unique identity. Some projects, both present and upcoming, of note for DJ 3000 and Motech have included "Migration" – Franki's first full length album on Submerge Recordings, "Blood & Honey" his follow up full length release and 2009’s Galactic Caravan album. 2017 was a milestone for Juncaj’s Motech label celebrating 15 years which included a remix project consisting of remixes from a all star cast of Robert Hood, Truncate, Mark Broom, Chambray, DJ Nasty and Rolando to name a few.DJ 3000 who stormed the DJ and store charts with ‘Take Me Away’. 2017 Motech celebrated 15 Years that seen Juncaj deliver a series of EP’s while capping it al off with a 15 song compilation. 2018 Juncaj has a remixes scheduled for 'Raíz', Glasgow’s fastest rising star 'Frazier', home town label 'Detroit Underground' while putting the finishing touches for another EP to release on Motech this May.