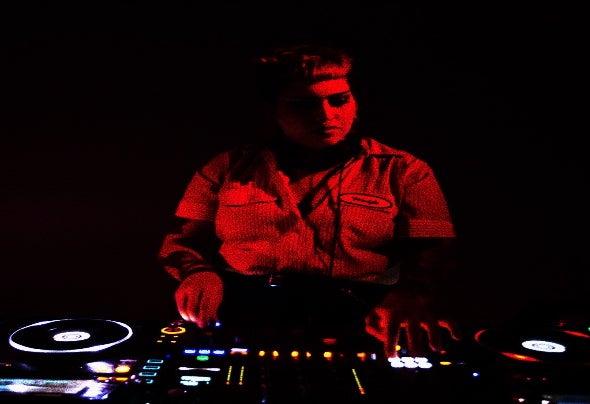 Annika has an eclectic taste, which when combined gives her a unique and fresh sound. She is deep, rhythmic and raw with elements of Techno. It’s hard to pigeon hole her into one narrow sub-genre. She is an artist who is not afraid to experiment with different elements in which she has accrued through her likes of Punk Rock, New Wave, Funk and Hip-Hop. Wolfe runs her own imprint named Akela Recordings in which she has self-released multiple EP’s. The Oxnard native has been featured on different blogs such as Deep House Amsterdam, Soundspace, Sector Story and 6am Group. Annika is no stranger to the Los Angeles Techno Scene, as she has played for top promoters: Soft Leather Club, 6AM Group, Synthetik Minds, and Das Bunker. She has had the honor of sharing the same bill as notable artists such as: Robert Hood, Regis, Broken English Club, Truncate, Drumcell, Silent Servant, Insolate, and Umek to name a few.