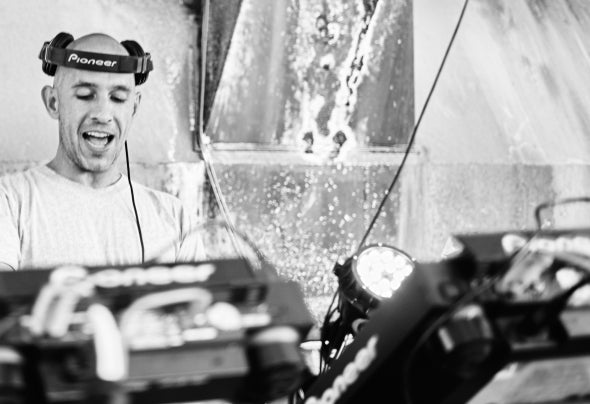 Spencer Parker is one of Europe's leading djs, his unique style of house and techno is in demand the world over and with his productions, remixes and re-edits being supported by names such as Ryan Elliot, Dinky, Ricardo Villalobos, Radio Slave, Dixon, DJ Deep, Gerd Jansson and Zip, the future looks to be even brighter.Spencer's musical style is simply described best as, underground house and techno. Preferred record labels range from the techno stylings of Planet E, Giegling, Underground Resistance and Non Series, through to the uber-cool house of Rush Hour, Smallville, Underground Quality, Rekids, Sound Signature and, his own imprint, Work Them.A"typical" set from Spencer could include everything from acid house and techno to some cool Chicago jack tracks and the odd trippy vocal. Now a resident of Berlin, Spencer has appeared at all of the cities best clubs but is best known in the city as a regular guest at the world famous Panorama Bar. In addition to playing regularly in his adopted home town, Spencer is in high demand worldwide, with recent visits alone including Russia, China, Japan, America, Australia, France, Italy, Sweden and the UK.Spencer's production career began in 2005 and has since seen him release on respected labels such as Tsuba, Liebe*Detail, Saved, Nite Grooves, Word and Sound, Buzzin' Fly, King Street, Ovum and Rekids. Having been a big part of the Rekids label since its inception, in 2009 Spencer was also charged with mixing the labels first compilation (entitled "Rekids Revolution") which received rave reviews and was accompanied by an extensive tour and press campaign. Recently, Spencer also found time to release his debut album "A Gun For Hire" and continues to release singles on Tsuba, Ovum and Rekids while also running 3 separate, vinyl only labels of his own, the main one being Work T hem Records.Having already impressed both clubbers and promoters around the world to date, Spencer's diary for 2013 already includes return bookings at some of the worlds best clubs, such as Concrete (Paris), Womb (Tokyo), Barraca (Valencia) and Panorama Bar (Berlin).Spencer is an experienced and adaptable dj that knows how to take the peak time of an already great night to the next level, as well as close out the evening in style, anywhere in the world. With releases and remixes on some of the worlds best underground house/techno labels complimenting his phenomenal dj sets, the package is complete.