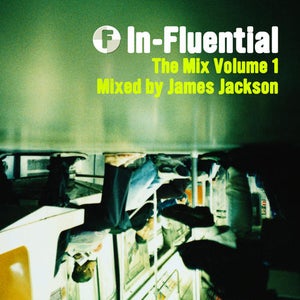 Fluential is the legendary label that could be considered the black sheep of the Defected label family; its like Defecteds bad brother, the one that is a little edgy, unpredictable and goes to the best clubs. Its your duty to warn everyone - Fluential the bad brother is back. From its initial conception in 2002 it has always been an outlet for the development of new up and coming artists. The labels sound has a much deeper, techier flavour. It was the label that first put tracks out by Kidstuff, Paul Jackson, Tedd Patterson, Chus & Cebellos and Roland Clark. Where Fluential was designed to put out new underground tracks to house heads that would not necessarily fit the typical Defected profile, In-Fluential is the new compilation series that has developed to showcase these superb lesser known tracks. It is mixed by James Jackson, the notorious underground London DJ well known for his deeper and techier musical taste. He has specially selected some of the most upfront and classic tech house tracks that have proven to get the best reactions everywhere. . This is an energetic, peak time mix with standout tracks that include the relentlessly sought after dub of Dennis Ferrers Hey Hey, plus the dancefloor bullet that is Shlomi Aber's mix of Spells of Yoruba both tried and tested underground floor fillers. There is of course a flavour of the old skool with cuts that you can depend on; tracks like Constipated Monkeys Cro Magnon Subliminals #1 release that still hits the spot 13 years on, and Thick Dicks Welcome to the Jungle another timeless ultimate classic.