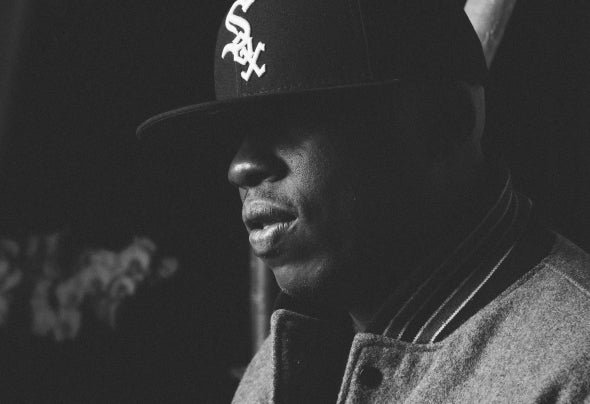 Chicago house music legend Mike Dunn, has been DJing and producing music for over twenty years. Hailing from Englewood, Chicago, Mike started out DJing at the local block parties that took place playing disco, funk, soul and prototype Chicago house tracks. “I was one of the first cats bringing two reel-to-reels and spinning with them at the parties. I was bringing out two Pioneer 707s, doing the Hummingbird, Jacks, The Courtyard, etc. I’d bring a drum machine, too. I would make tracks right then as the party was going. Way before my guys Daft Punk and all of them were doing live gigs, I was doing that at the basement parties – just bringing drum machines and doing everything live. A lot of my early tracks came from me doing them at the party when the party was going on. I’d save it in memory and bring it home and polish it up. But I listen to it now and it’s like, damn... didn’t use enough cleaner!” Word soon spread about his talents and Mike was booked for various clubs in and around Chicago, DJ’ing with house music innovators such as Ron Hardy, Larry Heard and good friend Armando Gallop. It wasn’t long before Mike got the production bug, resulting in his first release in 1987, “Dance You Mutha” on Westbrook Records, he also started to produce and engineer for other Chicago artists, such as Armando, Fast Eddie and K-Alexi Shelby. More house and techno productions followed in the late 80s with Mike’s distinctive vocal delivery and trademark hip-house, acid, production style, to create tracks such as ‘Let It Be House’, ‘Magic Feet’ and “Face the Nation”, sometimes under the name Mike Dunn but also under aliases such as MD Connection, MDIII and QX-1. He continued to produce and release throughout the 1990s, with releases on labels such as Nervous, Nitestuff and Tribal America, whilst also working with other producers and vocalists such as Syleena Johnson, Byron Stingley, Mina Jackson, Kool Rock Steady and Kym English to name a few. More recently tracks like Phreaky MF’ on French label Robsoul and ‘God Made Me Phunky’, re- released on Defected records, have raised his profile and delivered his music to new audiences. Whilst new interest in Mike’s original old school jamz have taken him to work with the new generation of house and techno producers and labels, demonstrated on tracks such as ‘It’s the Music’ produced by Murphy Jaxx and more recently ‘Touch the Sky’ produced by Alden Tyrell and released on Clone’s Jack for Daze imprint and recently unearthed tracks on moreaboutmusic. At the start of 2018 Mike released his first album in 27 years, ‘My House, From All Angles’ that was well received by press and DJs alike. This year also sees the launch of Mike’s label Blackball Muzik as an outlet for Mike’s music productions. After a long absence from DJing in Europe, Mike returned playing at clubs such as Panorama Bar, Concrete, Fabric and Sub Club, and festivals such as Glastonbury, Electric Forrest and numerous others across Europe and US, demonstrating why the Chicago OG is still very much in demand.