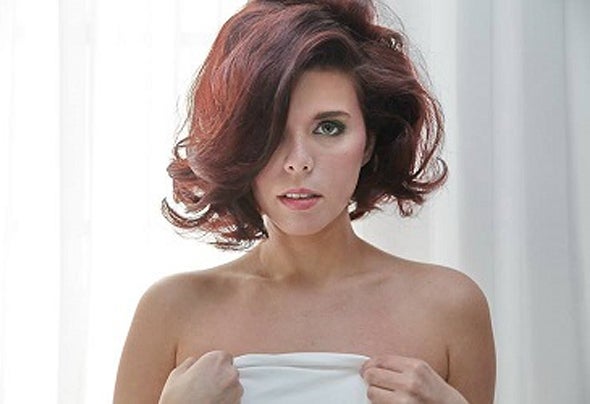 Influenced by the sounds of the South Beach Club scene of the early 90’s the soulful and versatile voice of Jei is a powerhouse ready to take you onto the dance floor yet capable of soothing your senses into ecstasy. Born in Miami, Florida to working class Cuban immigrant parents, in true Taurus form this young artist’s ambition and talents began to shine early on when she was five years old. After a beautiful performance in front of a large crowd at a school event, Jei receives her first standing ovation and triggered her parents to realize and begin to nourish her artistic talents with singing and piano lessons. Following her instincts she continued performing in her adolescent years as an active part of her high school chorus and drama club. On her 15th Birthday she released her first demo for a single project with two songs related to the celebrated Spanish tradition of “Quinceañera” or Sweet Fifteen. Due to the buzz about this release, Jei was featured in an article in the Miami Herald about local musical talent and also interviewed by other local magazines. These publications opened several opportunities for Jei and soon after she was contacted by the National Foundation for the Advancement of the Arts, to participate in their annual national singing contest. Continuing on her path to accomplish her dream she auditioned and performed on MTV’s Spring Break, American Idol 2003 where she showed her talents and was exposed to millions on TV coming in second place...MTV Reps were extremely impressed by her high energy performance and invited her back to other venues. At this same time Jei was introduced to the thriving underground house music scene in Miami in such clubs as Space. It was there that she metEdgar V, Oscar G, Ralph Falcon, Charlie Solana and Sammy O. From then on Jei worked on her craft by performing in the top clubs with Hot Jam Entertainment developing her style and craft. Leading up to recording ’’ Enlevez- Moi’’ with DJ Christian Falero on Sydney Blu’s label Blu Music. It was then Jei ran into Ralph Falcon and he thought she was finally ready to shine. From that session ‘’Amame’’ was born, and was released as single on vinyl format to commemorate their 20 year anniversary, May2011 on Nervous Records. Shortly after ‘’Enlevez- Moi’’ was released to rave reviews and a scorching remix by Paul Thomas that has been featured on Sirius Radio, and the BBC Radio 1 UK and featured on Sydney Blu's cd on Nervous Records. Since then, Jei joined the cast of reality show Tough Love Miami on Vh-1 that debuted to over 1 million viewers on October 2. Coined Miss Bossy on the show, Jei hasn’t stopped there. Her solo single Show me the Money produced by Giuseppe D on Spy Music Group was released on Itunes to coincide with the show. Proving she’s multi- talented; she has co-written, co-produced and directed 2 viral video parodies with the help of her team,”Casa de Jei’’. And as if that isn’t enough she has been featured in such publications as Life & Style, In Touch, Barcode, Miami Herald, Miami New Times and E!. Finally, Jei was recognized by the City of Miami Beach with a Certificate of recognition, presented to her by The City of Miami Beach’s Commissioner Michael Gongora at the Lords Hotel in Miami Beach. The International Dance Music Awards has nominated Jei for the International hit ''Amame” by Intruder ''MURK'' Nominated for Best House/Garage/Deep House Track. Whether she’s on the stage, tv, radio or blasting in a club system near you. Jei is a force to be reckoned with.www.missjei.com