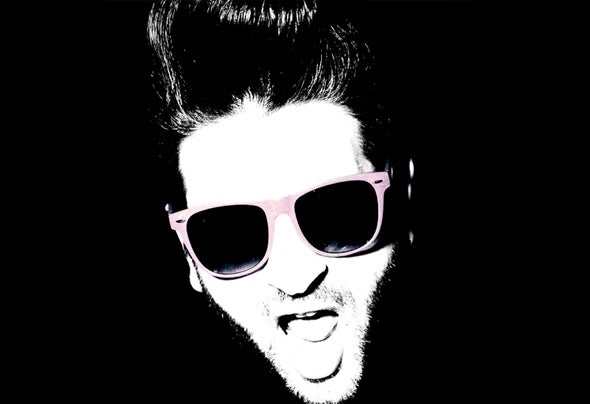 Michael MMichael Rodriguez began his career as MICHAEL ANTHONY at age fourteen in Miami, FLsinging freestyle, as an opening act for the greats of that time. By age seventeen he had cut a few rough demos with producer Giuseppe D. and later moved to New Jersey with his family. A few months passed and he by chance ran into Giuseppe again in a NYC nightclub. Within that time, Michael had made the transition from freestyle to house music and turned into a bonafide NYC clubkid ... think “Party Monster.”In 1994, Strictly Rhythm Records decided to pick up, "I Could Be This...”, and Androgeny featuring Michael M was born. The single was massive in America, and made the same impression overseas. It was even featured in several movies and used in the opening chapter of a book entitled "Girlfriend - Men, Women, and Drag". After the success of his first record, “Let’s Talk About Me,” and “Genderbender,” were released shortly thereafter followed by Michael’s first solo track, “Move Up,” (co-produced by Oba' Frank Lords of “Darkbeat Fame,” on Waako Records.At age twenty-two, Michael moved back to Miami and was quickly engulfed in clubland employment working for such hot spots as Liquid, Bar Room, and Orlando’s Tabu. After a year, “Shoot Your Shot,” and “Let Ya Have It,” were released on Harlequin Records. Then out of nowhere the “ELECTRO” sound was born. “Being that I've been in the nightclub scene my whole life, I figured why not do an album about it?” comments Michael.Michael and Giuseppe sat down and penned an artist album originally entitled, “Disco Diary – Volume #1,” however this was the same year Madonna released an album with a similar name. This forced the duo to change the album’s name, and the birth of “Dear Diary” was upon us!With singles like, '' Dear Diary '',one of the top 81 tracks of 2006 on XM BPM, “T he Beat,” and “Downtown,” this album is a must-hear.Supporting remixes had been furnished by top-notch producers Tom Sawyer, DMS12, Da Freeks, and Vukas & Cos tanz o.2013-08-17 11:24:37Michael MMost recent projects from the Michael M camp included the single “Rambling,” released on Monitor Sound Recordings, “Techno Shit,” on Music Over Life, and “Dale,” on Kult. Which was featured on Chris Vargas's Asseteria '' Live from Uranus'' on Nervous Records.Spring 2011, No way back was finally released on Shamati Records under Electrick. And the Lose my head under George Morel was released on Groove On.2011 and 2012, Michael did what seemed natural and took on the role as Manager for recording artist Jei aka Jane Castro of Tough Love Miami on VH1. Jei reached international success with Amame under Intruder featuring Jei on Nervous and Defected Records. Murk's ''Oscar G and Ralph Falcon's" smash made Jei a sought out voice in dance music. A featured with a International DJ/Producer duo is set to drop in 2013, as well as her solo E.P.Michael returned to the dance floor in Spring 2013 with a hot new single called Guess Who's Back produced by ObaF r a n k L o r d s . A 4 t r a c k E . P. s h o w c a s i n g t h e m a n y s i d e s o f M.M.by the name of It's Just Me just dropped on 4 Tune Entertainment. Proving once again '' He can be anything".Stay tuned.