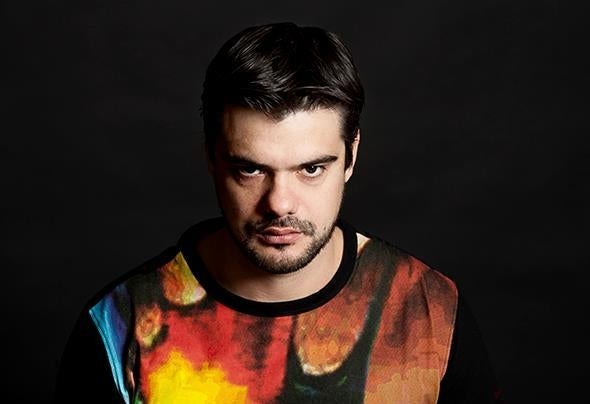 Brazilian producer, Iaell Meyer is also an Audio Engineer who is no stranger to the music industry. Spinning close to 100 block-rock sets every year, and voted into the DJ Mag 2011 at #47 on Tech House, Meyer has become one of the biggest spinners in the world for the past years. With an energetic and charismatic presence on stage, he has a distinctive connection with his crowd, creating a great atmosphere on the dance floor. His skills have been consistently requested at around USA like, Miami, Atlantic City, Philadelphia, Boston, Dc and major clubs in NYC. Also, a resident of the legendary Pacha NYC in 2010, where he has established the remarkable MADE in BRAZIL. The party was recognized as one of the best events of the year, by attracting a significant number of people. In 2011 moved the resident to "Greenhouse: one of the most luxury clubs in the world frequented by celebrities, spinning an evocative, floor-combusting combination of vocal & instrumental, Meyer fulfill tent-pole events like The Winter Music Conference 2012. Meyer is known for a perfect and unique mix, between Brazilian influence and NYC Tech House. His first album, called “Face of Brazil", was released in 2009 aside with DJ Charles Lima via the traditional New York Label, "Kult Records". The album has been achieving high marks at Beatport. Thenceforth, over 15 EPs have been released through several labels, such as, Baroque, ABP (UK), KULT, Dub Control, Fly Records, System (NYC), Lo Kik (Brazil), Southside recordings (Miami) and Strictly Rhythm. The Face of Brazil is supported by superstars Chris Liebing, Markus Shulz, Shlomi Aber and continues to gain constantly attention on charts worldwide