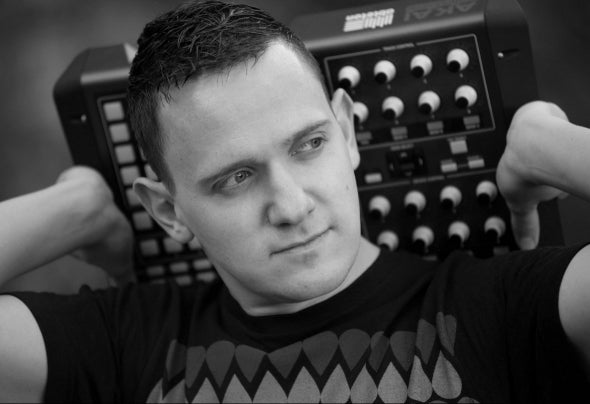 Gabor Turucz, better known as “GT” has been producing electronic music since ’97 and started DJing in 2000. His preferred genres are progressive-, deep-, and tech-house.He was born in Serbia, since 2011 he is living in London. In the last 10 years he has had hundreds of gigs and has performed with most of the DJ’s from his region and with famous international artists too. On top of this, GT has held club residency, hosted radio shows and run his own events. The organization he founded with his friend brought some of the world’s greatest DJ’s to Serbia, like Nick Warren, Dave Clarke, Cari Lekebush, Billy Nasty.In 2003, Hard to Find Records from the UK voted him one of the best unsigned dance artists in the world. They released his first deep house track "Visit in Your Ears" on the cover CD of M8 Magazine. During his visit to the UK he has gained a myriad of experience and has become familiar with the British clubbing scene.GT likes challenges.After the successes in the UK he entered several contests and won most of them. He was among the best of Dr.Motte’s remix contest, who is the founder of the Love Parade. He won the Teknov remix contest organized by I-dance from the Netherlands and Ableton, a little later he won the I-dance “Anthem” contest too.After spinning records for 5 years, he switched from turntables to the DJ’s new revolutionary tool, Ableton Live. The aforementioned change proved to be successful as he won 3rd place in the contest of Abletonlivedj, the number one community site of Ableton Live DJ’s in the World.GT also released an electro-house remix for General Midi’s “Good to Go” in 2007 on Distinctive Records whereas well known artists have released tracks on the label such as Deadmau5, Way Out West, Hybrid and Jody Wisternoff.In 2010 he won the Detroit Techno Records remix contest. His remix for DJ Spade was released as part of “The Legendary Remixes” compilation. The track gained massive success and earned very good positions at various electro charts.   Gabor earned top spots in France by winning an international sound design contest, the “Mixage Fou”. The Mixage Fou Contest has been undertaken by the CREADOC (Master Degree in Sound and Movie Documentary, Poitiers University). Radio France is today associated to the CREADOC.In the same year, Club Space Miami celebrated it’s 10th year anniversary and organised a marketing campaign with the aim to find some fresh talents, GT was amongst the 10 selected artists.The collaboration with Jelly for the Babies and Cavin Viviano proved very successful. Their track called “New Zealand” peaked at No.1 position on the Serbian dance music charts.In 2011 the Italian techno legend Mauro Picotto offered him a release on his own record label. His track called “Challenger” came out on “Alchemy Records” where such artist released tracks like Adam Beyer, The Advent, Christian Smith, Technasia, Chris Liebing and many more.Since his move to London he has been lucky enough to play at most of the super clubs in the city like Ministry of Sound, Pacha, and Egg. He is currently working intensively on his own productions with the hope to raise his game up to a new level!