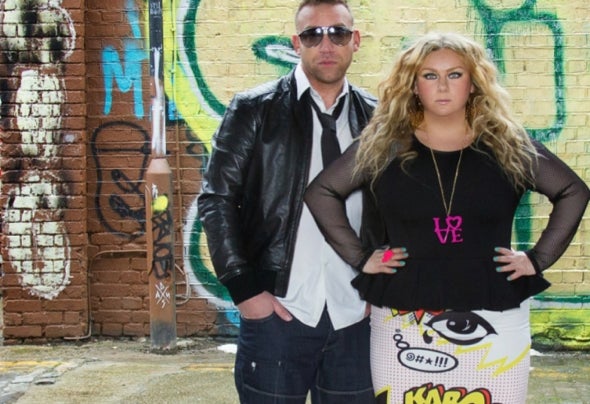 AM2PM is a brainchild of 2 high profile artists in the DJ and live PA fraternity with MATT KYE spinning the decks alongs ide the live vocals of ALEC SUN DRAE. AM2PM have developed their unique LIVE sound which can be described as a mix of 90s classic, Us Garage and deep soulful house with a commercial edge, intertwined with their own original productions. With more than 30 years of collective experience in Club Industry, both MATT and ALEC have performed in the biggest venues in UK and Europe and they both have had hits in their own rights.As a production outfit MATT and ALEC joined forces in January 2013 and since then they have been creating a buzz on the club scene with their releases on labels such as Kingstreet, Purple Music, Sony PL, Kingdom Come Kuts, Deep Deluxe among many and work with such artists as DJ Tonka, Mark Pichiotti (Blueplate/ Strictly Rhythm), Steven Stone (Soul DeLuxe), Nighrhymes (Purple/ Kingstreet), DJ MIMMO (Deep DeLuxe) Matt Jam Lamont, T homas Frake, Antony Fennel aka DeepSolution (Purple Music) and Poland's finest Seb Skalski/ Deeplomatik among many.Hailing from the South East London, MATT KYE is a true vanguard in the world of dance music. As a full time DJ, remixer and producer for over 15 years, MATT has worked with some of the biggest names in the industry: The Wideboys, David Guetta, David Morales and supported Bob Sinclar on his European tour. MATT also remains a prominent figure on UK’s Garage Scene, which currently sees its revival. He has worked with the biggest names on the scene: Wideboys, Matt Jam Lemont, Ed Case, Dj Luck, Mc Neat, Sweetie Irie among many. As a part of Plan B collective, MATT has released many Garage hits featuring the 2 most popular MCs – Sparks and Kie with whom they have headlined most popular Garage nights in the UK. His biggest commercial success to date was a track called ‘Preach’ where he used a sample from Madonna’s Papa Don’t Preach. “Preach” hit the UK charts and even Madonna herself had described the track as a “Roller”.ALEC SUN DRAE is currently one of UK’s hottest House female vocalists. Singing since the age of 5, through a host of different genres, ALEC has now found her home on the House Scene. With a string of successful releases since 2006 she continues to deliver release after release with such producers as Tune Brothers, Erik Kupper, Mark Pichiotti, Dolls Combers, Kinky Roland, Groove Invaderz, Steven Stone, Jake Island, Ray Paxon and Ryan Housewell, to name a few. Her tracks have been remixed by such household names as K Klass, DJ Meme, Shur-I-Khan, Crazy P, Pete Dafeet and Steve Haines. Being a very in demand songwriter,Alec continues to release with such labels as Purple Music, KULT records, Ministry of Sound, Hed Kandi, Fierce Angels, Housesession Records, Purple Music, Toolroom, Strictly Rhythm, Duffnote, Kingstreet, D’Ivision, Diamond House Recs etc.AM2PM have designed their LIVE set to bring back the 90s as well as a sexy, sleek and sophisticated Live element which makes it perfectly adapted for all types of venues. They are sure to rev any crowd up into an explosion of excitement.