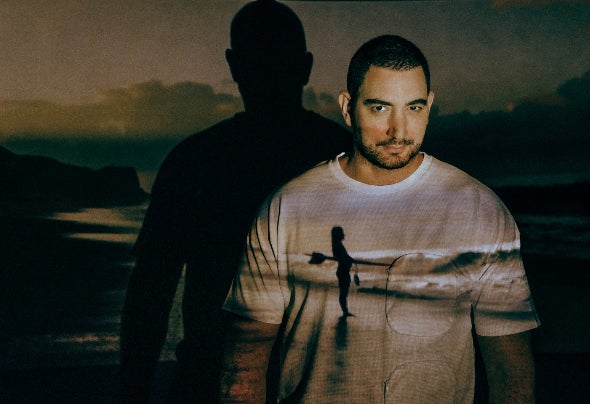 International DJ, producer, remixer and co-founder of Haute Couture Music. YASS has over 31 years of experience spinning music and captivating audiences and fans in over 72 countries. After beginning in Hip-Hop music, he was influenced by the “Rave Party” phenomenon as well as by the greatest House music DJs in the world. He gradually developed his own House music sounds combining his teenage groove with funk, disco, jazz and even techno. His flycases were gradually filled with vinyls from Detroit, Chicago, New York, Germany, Paris and England (Axis, Trax, Relief, F- Com, Tresor, Strictly Rythm...). Throughout his career he had the opportunity to play in the most famous clubs around the world : Pacha (Ibiza), Ministry of Sound (London), Club Air (Tokyo), Deep (Los Angeles), Vanguard Club (Hollywood), Southport Weekender (United Kingdom) or Mad (Switzerland). He was also fortunate at the time, to run the music five days a week in the most iconic clubs in the French capital. Also at the Queen Club Paris, where he had his residency. He has rubbed shoulders with many well-known Dj's such as Bob Sinclar, Dj Sneak, Dj Spen, Louie Vega, Kenny Dope, Todd Terry, Dj Deep, Kerri Chandler, Roger Sanchez, Dennis Ferrer, Danny Krivit, Martin Solveig, Pete Tong... to name just a few. His heavyweight releases and productions have been released on iconic labels, such as Defected, BigLove Records, Purple Music, Quantize Recordings, Nervous Records, Urbana, Moblack, Strictly Rhythm, Kingstreet and many more, ranking him as a top international Dj producer. YASS’s most famous productions such as "He Reigns", "Been a long time", and ‘I’m free’ reached the top of the charts, just days after their release. Eager for a challenge, he started a new adventure in 2019. He and two partners created a recording label, based in Paris, called Haute Couture Music. The new tracks YASS has released since then, like "Faith", "I'm losing you", "My Reason" or "Fema" also made it to the Top10s.