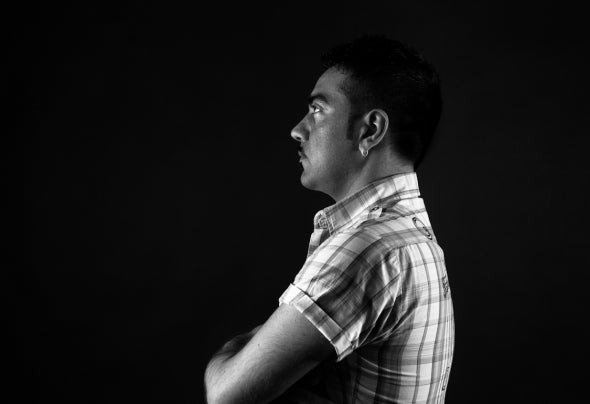 Fabio Tosti has been a DJ since 1992 and is one of the most appreciated Italian DJ/Producer on the worldwide house music scene.He has collaborated with some of the most important worldwide house labels like: Code Red, Salted Music, Purple Music, Solid Ground, Liquid Deep, Rule 5, Look At You, Black Deep, Soulshine, Transport Recordings, Soundmen On Wax for which he remixed in the summer of 2008 the famous song “AS” of the great Stevie Wonder, with the vocal of one of the most important international house singers Michael Watford.His productions are supported by big names such as Frankie Knuckles, David Morales, Tony Humphries, Louie Vega, Roger Sanchez, Dj Spen, Jamie Lewis, Grant Nelson, Marshall Jefferson, Kenny Carpenter, Victor Simonelli, Mr. V, Miguel Migs, Danny Krivitz, CJ Mackintosh, Robert Owens, Groove Junkies, Dj Sneak and many others.He was, for several years, the only Italian DJ producer on air with his show “Who’s Inda House” on Ibiza Global Radio, the best in Ibiza.He has worked in many clubs in Italy and in some international fashion consoles like: GQ Club of Moscow (RUSSIA); Supper Club of Amsterdam (HOLLAND); 360° Club of Dubai (EMIRAT ES); NB Club of Coimbra (Portugal); Lollipop of Tirana (ALBANIA); Royal Cafè of Frankfurt (GERMANY); Divino Club of Genève (SWISS); Escape of Swansea (WALES); Zeus of Capri (ITALY); Mavù of Cisternino (ITALY); Ecu of Rimini (ITALY); Lola of Porto Recanati (ITALY) and many more.At the end of 2007 he founded Music Plan Records, a digital label that within few months was praised by international DJs and producers.In the summer 2009 he was the guest DJ of The Russian International Film Festival final party. A big event sponsored by Martini.A producer from 2002, he co-founded together with the young talent Francesco Tarantini of the TnT Inc. Project.T he T nT Inc. project immediately became a quality brand on the house music scene. The first TnT Inc. project, TnT Inc. feat Diamondancer “Take Me Higher”, was released on Purple Music, the popular label of Jamie Lewis;The second project, TnT Inc. “Floating Points”, was release by the prestigious Cod Red, the label of Dj Spen and arrived in the top 10 downloads on the best worldwide website store for house music.In august 2010 arrive the HIT!T he new T nT Inc. project, Jingo, together with friend Alex Dimitri, and reached the number 1 top download chart in USA. Played by all the big DJs such as Louie Vega, Tony Humphries, DJ Spen, Mr. V, Grant Nelson and many others, Jingo is one of the big hits of the summer of 2010.2011 was another great year for Fabio. His first work of 2011 was a remix of a new single of the legendary Michael Procter.His first single of 2011 is Fabio Tosti feat Donald Sheffey (Feel What I Feel) on Soulshine, the cool label of Louis Benedetti.In September the new TnT Inc feat Diamondancer (Shimmy Shake) was released on Purple Music.In October, the deep track D Essential was released on Black Deep, the label of John Julius Knight. It reached number 2 in the American chart in the deep house section and was supported by the legendary DJ & Grammy Award winning producer David Morales.The early part of 2012 is marked by the great collaboration with the legendary Michael Procter. The project Fabio Tosti & Michael Procter (Shine) was released on Solid Ground, one of the best Soulful House labels on the music scene. It included remixes by DJ Spen, Thommy Davis, Jonny Montana and Danny Clark.Also out for the summer was also the project Talamanca on Transport Recordings, a label based in San Francisco.At the same time he started a collaboration with the Italian icon Alfred Azzetto, Christian Hornbostel and their Rule 5 label.2013 started with a hit, Fabio Tosti feat Ronnie Canada “Work It” which was released by Transport Recordings, and got to the number 5 position of the top downloads in the USA.By the end of 2013 several productions were released including on Booker T’s label Liquid Deep which is based in the UK, the project Unconditional Love, together to one of the Queens of house music: Michelle Weeks.Always working on new projects, Fabio uses his talent to convey his love for house music!