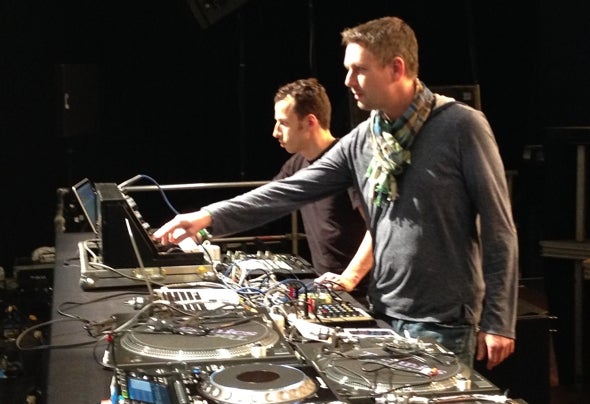 CASSEOPAYA since 1991 Thilo Wacker & Marc A. Palazzo began their careers in 1991 with the Casseopaya project, their very first release launching them in the techno scene. Their first vinyl "Themes" was released by the Belgian label, R & S Records . They had their first international breakthrough in 1992 with their track, "Overdose", and were booked world-wide at the biggest festivals and most popular clubs of the time (Love Parade, Rave on Snow, Alabama Halle & Flughafen Riem, Mü, Matrix & KitKat, Berlin among others), and played several hundred gigs. Following "Overdose" and "Themes", they continued to release internationally-known hits with "The Postman", "Musicmaker", "Carma in an Ocean of Joy" and "Riot Cracker". In 1995 they founded their own label: "Casseopaya Recordings" and signed numerous artists like Timo Maas, DJ Misjah or Jens Mahlstedt, among others. Afterwards, they founded other labels such as "I-maxx Records" or "Hardstyle Foundation" to cover several music genres. Their cooperation with the legendary Ravensburg Techno club, Douala Trax lead to the foundation of the "Douala Trax" label. After the turn of the millennium, both withdrew from the music scene for family reasons and took an artistic break for eight years. But now the sound is streaming: We are back … !!!