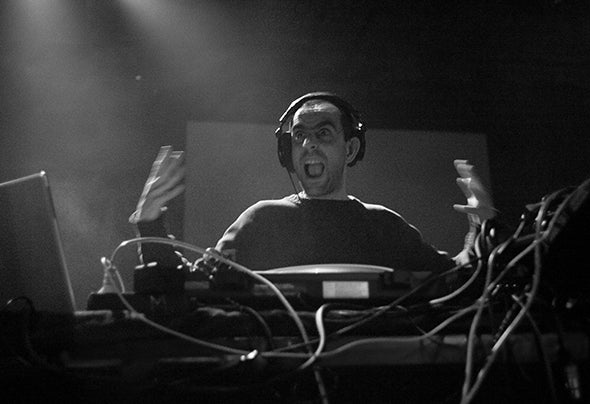 Protagonist status in one city is high praise indeed; holding key stakes in several is something else entirely. Something that Spanish born and Scottish bred Dave Tarrida can boldly claim.Tarrida’s timeline begins in 1991 in Edinburgh as founder and resident of the now legendary Sativa club. Here’s where Dave met Neil Landstrumm, Tobias Schmidt and Cristian Vogel, becoming a foursome that would continue to share gigs—the others live, Dave as DJ—and labels—like Tresor, Scandinavia, Mosquito and Sativae—for the first half of their respective careers. In 1994 the club bore Sativae Recordings, which Dave manned together with Steve Glencross, spawning the sibling Drought Records imprint two years later.Around the same time Dave took to the studio, though it would be another few more years before any records would materialise.1999 was a turning point that saw Dave return to his native Barcelona, where he would spend the following eleven years honing his production craft and exceptional deck-side manner with local residences at Moog (which he still frequents today) and Nitza, as well as Stardust in Madrid. It was the same year that Tresor released his first solo record, ‘Postmortem Pop EP’, having debuted the year prior in collaboration with Tobias Schmidt on ‘The Test EP’. He produced two albums during this period: ‘Paranoid’ in 2001 for Tresor, and ‘Life’s a Glitch’ three years later—Sativae’s final record.In 2010 Dave relocated again, this time to Vienna where he is currently based.After two decades of happily playing the role of DJ and promoter, 2013 sees Dave shift focus back on his own productions with the unveiling of a brand new label and pending releases for Housemeister’s soon-to-be re-launched All You Can Beat stable, and Funk D'Void’s Outpost Records. Saying that, he hasn’t quite hung up the headphones jus t yet. As the s aying goes : you can take the DJ out of the club, but you can’t take the club out of the DJ —expect to see the name Dave Tarrida on many a flyer to come.