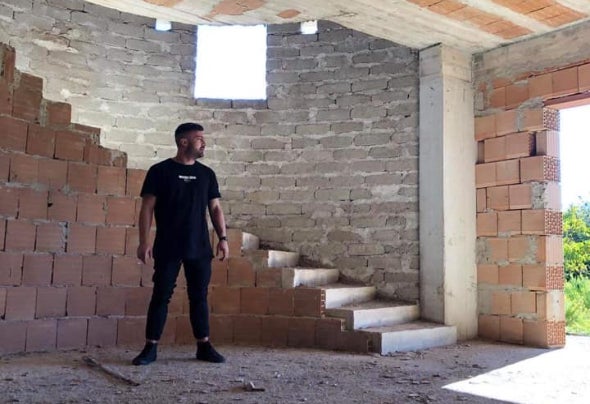 Fabio Guarriello was born in a small town near Caserta, in Italy(1992). Music flows in his veins from early childhood. After a few years of piano lessons he began to study electronic music. He starts mixing music in his room until he arrives in various clubs in the Neapolitan and Caserta interland. Hard and energetic techno make his style a precise sound with character and depth. In 2011 he began his career as a producer, boasting numerous releases on labels such as: Yin Yang Records, Stick Recordings, Black Vision, DSR Digital. In 2014, he became a founding member of the OpenMind music organization and then moved to Bern (CH). From 2018 he manages Black Vision together with his great friend Andrea Sorbo, and it is in this label that songs like "No Vision" and "In My Head" are mixed all over the world by djs like Sam Paganini, Amelie Lens, Klaudia Gawlas. He boasts numerous appearances in different clubs in Italy, Switzerland and London, with the likes of: DJ RUSH, Adam Beyer, Gary Beck, Setaoc Mass, Jay Lumen, Drumcomplex, Sasha Carassi, Phil Kieran, Pfirter, Enrico Sangiuliano, Egbert, Freddy K, Dave Clarke, Markantonio, Answer Code Request, SNTS, I Hate Models. Bookings: luc@rsbagency.org Promo & Remix: fabioguarrielloofficial@gmail.com