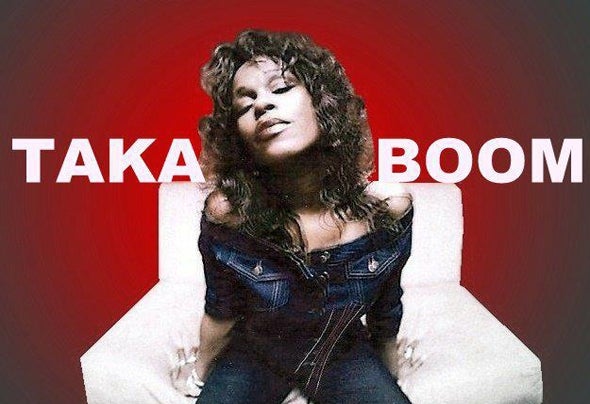 Started singing career with sister Chaka Khan in a group called Crystalettes with two other members, Nikki and Finesse,in late 60's. Four years later, joined another vocal group with sister and members Mokaye and Zuri doing african songs. We were the Shades of Black and also did top 40 songs of the era. I also worked with Phil Corahn and the Pharrohs at the Afro Arts Theater in Chicago, up until the early 70's. I embarked on my first solo endeavor with a 7 piece rock band called Sweet Fire. and worked venues mainly on the north side of chicago. Met my first husband, Boom (hence my last name), who was tenor sax and flutist in the band. Stayed together with Sweet Fire for 3/4 years. Got restless and Boom and I packed up and left for L A. Once there, Ii got my musical footing and started doing backing vocals, live and studio with such greats as; Carl Carlton, DJ Rogers, Parliament Funkadelic, Bootsy, Fred Wesley, Marc Bolan, Southside Johnny and the Asbury Dukes and others I can't recall now, (they know who they are) enter Norman Whitfield. who needed a female lead for the group, Undisputed Truth. I was chosen and had the pleasure of singing lead on one of their classics, You Plus Me, as well as other tunes on the Method To The Madness LP. This was in 1976. Stayed with group for 4 yrs or less.Went on to do my first solo album on Ariola records with John Ryan as producer the billboard hit Night Dancinwhich put me on the map as a solo artist. Around that time, I did a stint with the Glass Family with Jim Callon the single, Mr. D J you know how to make me dance, made a racket in the clubs.moved to new york, manhattan did loads of P A work it.. was early 80's by then. I was known as one of the many disco divas and that was just fine with me, had a blast. Divorced from Boom by then i took up with a lovely man named Steven Grissom who sorta managed me and I worked the same circut as Sharon Redd (r i p), Candi Staton, Grace Jones, Sylvester (r i p) Lolletta Hollaway, Fonda Rae, the list goes on and on.Did various projects including second solo album on Prelude Records with Bob Esty as producer. To Hell With Him was the single off the album which also had some club success. Two years down the line, my 3rd solo project on Mirage Atlantic with Billy Rush (of South Side Johnny Fame) produced the hit single off that album entitled, In The Middle Of The Night which enjoyed success as well. Moved back to the west coast in early 90's and did various forgettable projects to keep the fire burning. Got tired of the States and decided to move to London. This was in 1992/93 and have been here ever since. Here is where I started writing my own material and discovered I was quite good at it. Little did i realize my celebrity until i got here. The British love their RnB legends, especially the Americans, so i tucked right in and continued workingmostly track dates. I hooked up with DJ/producer JoeyNegro and got a number1 dance hit on the billboard charts and went on to have 3 more top ten hits nationally with him. I did a tour with Chaka, Prince and Larry Graham and backing vocals with the Gorillaz Met Mark Bell the bassist and founding member of M People and did an album project with him the name of the group and album Shaboom. Had some success with that endeavor ,mostly here in Europe and became quite established as a songwriter by then. Formed a blues band called Blaze and did live gigs throughout the region, doing mostly covers Etta James, Ann Peebles etc.