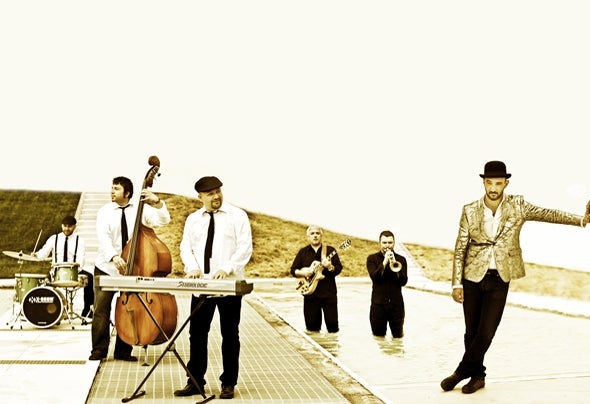 Papik is the project created by Nerio Poggi, Rome based musician, composer, producer and arranger who’s been getting a lot of positive response from the international Nu-Jazz / Jazz Lounge scene lately. His first album from2009, ‘Rhythm Of Life’, included the song ‘Staying For Good’, sung by Alan Scaffardi, which became and still is a hit of the genre. His collaboration with various artists, among which Mario Biondi in his albums ‘Handful of soul’and ‘I love you more’, brought him t o produce in 2011 also the albums by Ely Bruna 'Remember The Time' and Fred Buccini 'Unusual Nat'. Both are themed cover projects and obtained a great market feedback. On this new'Music Inside' the lead vocals are again by Parma based Alan Scaffardi, official image of the band, together with Nerio himself and Ely Bruna. Other featured vocalists are: Wendy D. Lewis, US singer very popular in Italy, dueto collaborations with Jestofunk, Mario Biondi, Ivana Spagna and Irene Grandi; Dagmar Segbers, German jazz singer, Clizia Aloisi and Paco Di Maso. The firt single from the album will be ‘Puzzle Of Life’, sung by Ely Bruna,already picked by Japanese fashion brand Gallardagallante as music theme for their 2012 campaign. Japan is in fact a t errit ory where Papik is ext remely popular and will perform on 6th May at the legendary Tokyo Blue Note. The othermusicians involved in the tour and the album project are: Alfredo Bochicchio on guitar, Pierpaolo Ranieri on bass, Fabio Tullio on sax, Massimo Guerra on trumpet, Marco Rovinelli on drums. Papik is quite well known in the UK too! English singer Jason Donovan, with a Top Ten career behind him, t hank t o hit s like 'T oo man broken hearts'or 'Especially for you' in duet with Kylie Minogue, has chosen a song penned by Nerio Poggi and Ely Bruna, 'Sign of your love', as main tune on his come-back album by the same title, out on Universal worldwide in March 2012. That song is also featured on this new Papik album, sung by Alan Scaffardi. Among the rest of the tracks onthe album also three covers ‘Family Affair’ (Mary J Blige), ‘Black & Gold’ (Sam Sparro) and ‘Raccont ami di t e’ (BrunoMart ino).