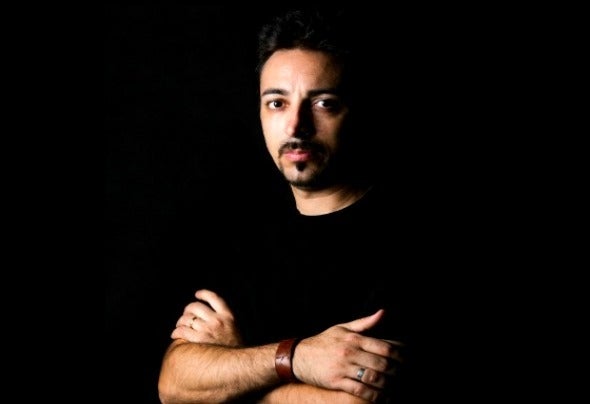 Paolo Maffia is an Italian dj, composer and sound engineer who was born in the early 70s in Hanau am Main, Germany, the birthplace of the Brothers Grimm. He moves to Italy in the eighties with his brother, thanks to him and his father, who were both band singers, Paolo begins to approach music. Soon he learned the art of djing playing in private parties and small clubs. In the nineties he already works as DJ in many clubs all around Italy, supporting the house music stars. He takes part in the DMC Italiy contests, he starts studying electronic and the art of sound engineering by collaborating with different services in live installations. He first moves to Milan and then to Rome, where he contributes to various recording studios as sound engineer in recording and TV productions, he collaborates with Italian and international artists. In recent years Paolo moves to Bergamo, where he starts collaborating with different record labels; he also sets up his own recording studio. His music productions are available on all major music portals, included in compilations and both FM and digital radio charts. He is co-producer of the Waterfall project (in collaboration with jazz and blues musicians), a music project inspired by the sounds of the great movies of the 1960s and 1970s. His DJ sets are characterized by great chemistry of house, funk, afro and electro, often meshed up with disco classics. www.paolomaffia.com