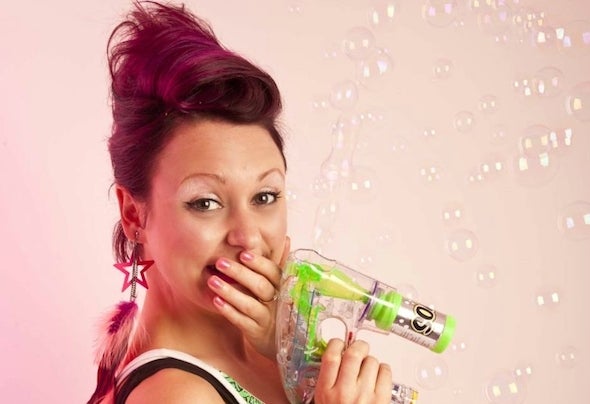 Lizzie Curious is a prolic singer, songwriter, house music producer and international DJ from Brighton (UK) with two Billboard Number One hits to her name. Whether on stage performing, or in the studio, her life-long passion for music and her inimitable ‘curious energy’ shines through in everything she does.  With a rare combination of talents, Lizzie not only produces, she also also writes and sings her own spine-tingling vocals - and she has an exceptional ear for a killer hook. Following her 2011 smash with Robbie Rivera and Cosmic Gate (‘Departures’), Lizzie went on to top the Beatport and Traxsource Charts with an impressive arsenal of releases, and in 2017 she hit her rst Billboard Number One; teaming up with Scotty Boy creating a stunning cover of the dance classic ‘You’re Not Alone’. Alongside a slew of new releases on respected labels such as Armada, No Denition and Perfecto Records, Lizzie’s follow up single with Scotty Boy ‘Shine Your Love’ also ascended to the very top of the Billboard Dance Charts in 2018. Lizzie is often found jetting around the world to hit the stage with her trademark blend of crowd-enthusing energy and technical prowess. From Live Vocal PAs to DJ shows, Lizzie’s ability to ignite the crowd is second to none. Her career highlights include a residency at the world’s biggest club ‘Privilege’ (in Ibiza), over a decade of show-stopping performances across the US and Europe (including the legendary Ministry of Sound) and sets on the world’s largest oating dance music festival Groove Cruise, which cemented her as part of the Groove Cruise DJ family. Alongside her packed tour schedule and upcoming releases, plus teaching at the prestigious Point Blank Music School in London, the future is looking very busy - and very bright - for the ever-smiling dance music maestro!