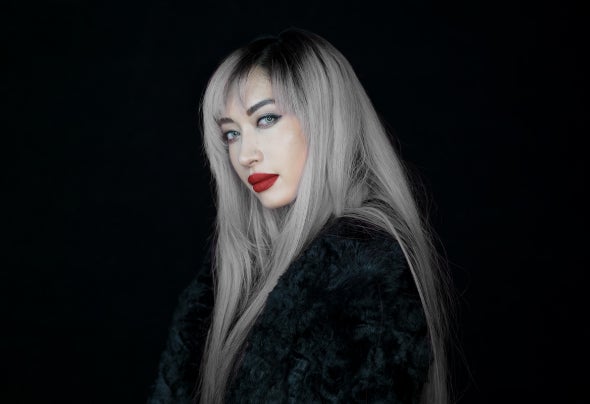 Marie Vaunt is one of the biggest up-and-coming names in Techno. Based in Los Angeles, she burst onto the scene in March 2018 with her debut single “Witchcraft” which skyrocketed through the Beatport Techno Top 100 chart, reaching #22 within days of its release. She has since established herself as a household name in the genre, co-headlining shows in Los Angeles with artists such Pig&Dan and Alberto Ruiz, as well as headlining the legendary Techno Tuesday Amsterdam event at the Melkweg in March 2020. Her unique production style — which mixes dark and hypnotizing synths, hard-hitting beats and just the right amount of acid — has gathered a growing, dedicated, worldwide fanbase, as well as the attention of audio industry giants PreSonus who have taken Marie Vaunt under their wings as an official artist.