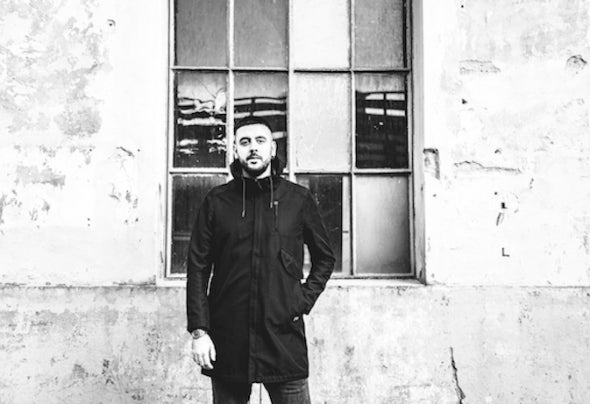 Marco Faraone, is a young but already reputable techno/house DJ and producer born in Lucca, Italy, in 1988. Music runs in his blood, as his grandfather was a folk singer and guitarist, and his father was DJ/host of one of the first dance music radio shows in his region. As a young boy growing up, Marco learned to perform music, and with an interest in jazz, Drum-n- bass and hip-hop, he eventually got a pair of turntables. Friends would visit and watch his skills develop, and by the time he turned 14, the local word had spread to a point where a local club promoter called him up and invited him to DJ one night. Since then, his passion, charisma and determination led him to playing in more and more clubs and to wider musical opportunities.By the mid 00s Marco’s musical interests evolved into house and techno, and by 2008 he was playing at one of Spain’s largest electronic music events, the Klubbers Day Festival at the Telefónica Arena in Madrid. Subsequently, he was asked to play in a number of the capital’s top clubs such as Fabrik, Danzoo Macumba and Life is Music parties. This was also the year when he released his first productions like “Arabia” on the label of Alex Neri (Tenax recordings).In summer 2009, Marco played at the Electrosonic Festival in Burgos, Spain, and his Meat Pack EP in collaboration with Luca Agnelli (on the label Monacalda) brought in lots of new attention amongst international DJs. At this point Marco established contact with Loco Dice and sent him an unreleased re-edit track, which became a staple in Dice’s sets for six months straight. Once fellow Desolat artist Arado heard it, he was so impressed that he contacted Marco to give it a proper pressing on All Inn Records. By the end of the year, Marco also had a new 12” ready, the “Want life time EP” which reached the 1 position on leading international online shop Decks.New projects include a studio collaboration with his new friend Arado, to be released on Dame-Music (the new label from Dj Bloody Mary) . Next up is a 4 track E.P to be proud of coming in the form of the mighty Moon Harbour records, the label of leipzig’s Matthias Tanzmann, the E.P will consist of 4 original tracks , with the new signing to Moon Harbour comes the privilege to remix one of the best producers of the moment (Martinez) and release after few months on Nick Curly's label Cècille. And finaly Marco is working hard on a new project with fellow friend Luca Agnelli this will consist of a new records label named Etruria Beat records.Other projects of this young talent are on the way too, and with his previous accomplishments inspiring him to push even harder, we can expect this 22- year-old to shine even brighter in the international dance scene.