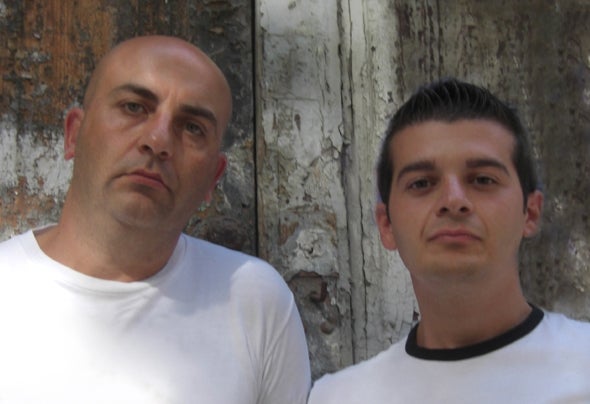 Plain Pits is a newly founded production team from Italy consisting of Cerrini and Frank Kobak.Plain Pits name that stems from habits of the past of their land (to deposit the grain harvest into pitsdug in the ground). Project founded by Cerrini and Frank Kobak. From the moment you knowimmediately arises a friendship and a musical feeling to the point that they decide to work together.Cerrini born artistically in Foggia and amateur scene investigator House always very attentive to thechanging musical his sets are full of melodic atmospheres that make it absolutely important to reacha particular result, working with National and International Top House DJ: Frank Kobak began hisroad so active in the music world experiencing his ideas through programs to make music. Hismusical orientation, and 'large enough, to generate energy such as electronics, techno and house,ending the trance.The first Plain Pits release on BCBtec features three raw atmospheric beauties driven by accuratepercussion. The remix of the epic title cut “Requinto” is masterly crafted by Jay Shepheard whogives the track a relaxed yet driving “dawn-in-the-jungle” mood. About to blow up this autumn, hisbrilliant The Runners remix for Dirt Crew Recordings was only heralding his upcoming newreleases and remixes on Diynamic, Glimpse, Compost, Buzzin Fly.The second release year 2011 on ViVa MUSiC in the hands of Steve Lawler"Cichia / Feel It / Mesola / Everybody Strictly" EP launches us in the true jungle with Cichia / Feel It / Mesola / Everybody Strictly EP for then move on out of Waldliebe Familien with T HOUGHT S ROOM. Receiving feedback excellent by many artists in the world as Richie Hawtin, Luciano, Steve Lawler, Dubfire, Mark Knight, SIS, DET LEF and many more. Plain Pits always tries you to mark their projects with a rhythmic beat led by a bass line profound and atmospheric sounds to try to leave a mark within your heart.