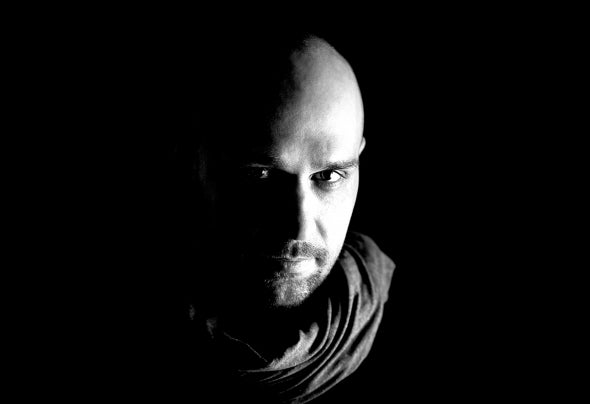 Selected artists who played / charted Snilloc's tracks: Andrea Oliva, Anja Schneider, CrossNineTroll, Cuartero, Davide Squillace, Gorge, Guy Gerber, Hot Since 82, Chris Tietjen, Christian Smith, Jay Lumen, Karmon, Karotte, Layo & Bushwacka!, Lee Burridge, Leon, Loco Dice, Mar-T, Marco Carola, Martin Eyerer, Matthias Tanzmann, Mauro Picotto, Mihai Popoviciu, Mihalis Safras, Nick Curly, NTFO, Okain, Oxia, Pig & Dan, Ramon Tapia, Sebastien Leger, Seth Troxler, Shur-i-kan, Sidney Charles, Stacey Pullen, Steve Lawler, Super Flu, Tapesh, etc.Born in Hungary, Gabor Nemethy AKA Snilloc started DJing at the tender age of 18, and eventually made his way through with a combination of hard work and unceasing enthusiasm. When he started working together with Behnam in 2002, a whole new creative world opened up, and they soon got the chance to prove their talent to a broader audience. They visited the best clubs from London to Tokyo, leaving quite an impression wherever they played. Their works as Collins & Behnam found favour with well-known labels such as Global Underground, Intec, Noir Music, Recycled Loops, Yoshitoshi, Suara and more.Snilloc started working solo, and then as part of the production duo CrossNineTroll with Nigel Snorter in 2011. Tracks from Snilloc’s first release, Lines EP on Monique Speciale, became underground club hits, and were played regularly by the likes of Loco Dice, Marco Carola, etc. Gabor’s second EP “Hazy Shade” was released on Metroline Limited in 2012 and received great support from Steve Lawler, Andrea Oliva, Davide Squillace, Matthias Tanzmann, Okain, etc. Particularly Carola was interested in Snilloc, and was soon playing his remix of Smoke Sykes’s track “Elisabeth” in his sets for over six months. Snilloc’s talent was soon recognized in Ibiza, and Amnesia’s resident, Mar-T, asked him to release for his seminal Wow! Recordings imprint together with the remixes by AFFKT and Mar-T himself. By the end of the summer, Snilloc wasalready working with Paul Ritch’s Quartz Rec, under which he released the “Black Boutique” EP together with an expert remix by the Italian producer, Leon. T he prime track from this EP called “RatCat” was played a lot by Matthias Tanzmann, Nick Curly, Lee Burridge, Marco Carola and lots of others. Snilloc’s latest remix was made for East End Dubs on Metroline Limited in 2013, and was included in tracklists of like Nick Curly, Karmon, Tapesh, etc.Snilloc is starting 2014 with a 3 track EP on one of the most respected labels worldwide, 8bit, owned by Nick Curly and Gorge. Both tracks “Najah” and “800 Lesbians” climbed up to the Beatport TOP 20 in Tech House category (track 800 Lesbians was in TOP 100 for 75 days), even higher – No. 1. and No. 2 – in Whatpeopleplay Sales Charts in All genres category, and are part of the respected “RA’s TOP 100 Most Charted Tracks in 2014” list. The tracks from this EP received huge support from Hot Since 82, Anja Schneider, NTFO, Karmon, Shur-i-kan just to name a few.As Gabor said, “There is a lot of big tunes in the pipeline for the year 2014, so I can promise to all the party people around the globe, that they will surely be shaking their asses to my upcoming tracks for not only this summer!”.Snilloc approaches every dancefloor with a childlike enthusiasm and a mature taste for music. This killer-combo, combined with his excellent sense of humour, makes every occasion in his presence an unforgettable one.