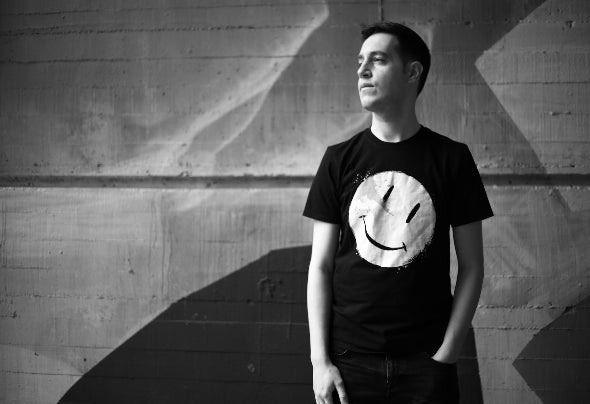 Self-taught obsessed with the cybernetic evolution of binary codes, Lefrenk represents the maximum exponent of an ambition to link learning and creative personal evolution, within the underground electronic world map. Since he began his experiments with music production software in 2000, Lefrenk has been burning stages, marked by different achievements, such as his official title of "Digidesign Protools", in 2004. That same year, it represents the zero kilometer of his artistic explosion, which has led him to generate more than 100 references to date, published in innumerable specialized labels around the world, as evidenced by his presence in Manual (Holland), Tulipa Recordings (United States) or PFL Records (Greece), among many others. Through his enormous musical production, he has built a body of work hatched from all possible angles of electronic calligraphy. Its own universe, carved out of house culture, techno impulsion and a very personal approach to organic sounds coming from ambient variables or any android reverberation of post-human music. Deep Different, record label created in 2010 by him and Ikke Alra, a platform from which he is supporting both established gures of the electronic scene and some of his most advanced students. Precisely, his dual role as creator and teacher of music production defines a greater need within his modus operandi: to weave a network of artists, collaborations and new values that spread electronic infection at all levels, also within a rich Galician scene. that he is propelling through his teachings as a music production teacher at Fanzine School, A Coruña. Even with a long journey ahead, the career of this renowned producer, from A Coruña, promises that the best is yet to come, through renewed forms of pure cybersonic heterodoxy.