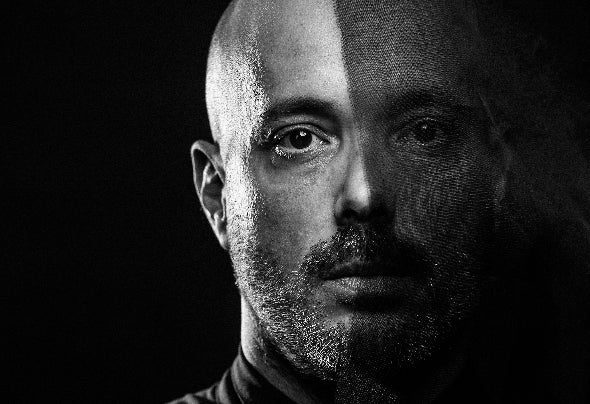 Oscar Aguilera is a Spanish DJ and producer known for his compelling style that switches between the enrapturing melodies of melodic house and intense percussion of driving techno. He first started his career as a resident at La Terraza (Barcelona), which is one of the most iconic house clubs in Spain. After a number of years, his talents were spotted by the organisers of the world-famous event elrow. Elrow presented Oscar Aguilera to the global clubbing community who quickly embraced him as a pioneer of the minimal and tech house style that today dominates the dance oor of Ibiza and beyond. He is also a powerful performer, who delivers outstanding sets that naturally exuberate a great physical and musical energy that a crowd finds infectious. Soon he started to receive international booking to headline events all over the world and he played to festival crowds of up to 25,000 people,and it was at this point his style started to change from tech house to techno. Having already made a name for himself as a DJ, he wanted to take full control over the music played in his sets, and decided to start making his own music. Using his skills as a DJ, he already knew what made a track work on the dance oor, and this made Oscar Aguilera’s early releases an instant success. Soon he was getting asked to remix tracks by some of the biggest names in electronic music ranging from UMEK to Stefano Noferini. On more than one occasion his music charted top ten on music stores such as Beatport and stayed there for multiple weeks at a time. Some of the labels that signed his melodic tracks included John Digweed’s Bedrock, and his more techno focused released have come via the likes of Pig&Dan’s Elevate. Oscar Aguilera has also been a regular collaborator on music, working with others such as Alberto Ruiz. Recently, he teamed up with Italian artist Vikthor who is a favourite of Carl Cox. Together they dropped their rst EPs on Monika Kruse’s Terminal M where three of the four tracks instantly charted on Beatport, and they have lots more new music forthcoming. In 2016 he also launched his own label, HE-ART, which is a techno focused imprint signing the likes of Matt Sassari, Cosmic Boys, Brennen Grey and Spartaque. 2021 has saw the birth of HE-ART Blue, which is an outlet for deeper and more melodic sounds by artists including TNTS, KIKO, Rafael Cerato, Tomy Wahl, Da Fresh and Zoo Brazil. The labels are often located in the sales charts of leading music stores, and both imprints are an extension of Oscar Aguilera own style. All of his many achievements have earned him a public nomination for ‘Best Artist Of The Year’ in Spain’s leading print publication Vicious Magazine, he has also been nominated for other awards plus been invited to appear on TV show in his home country.