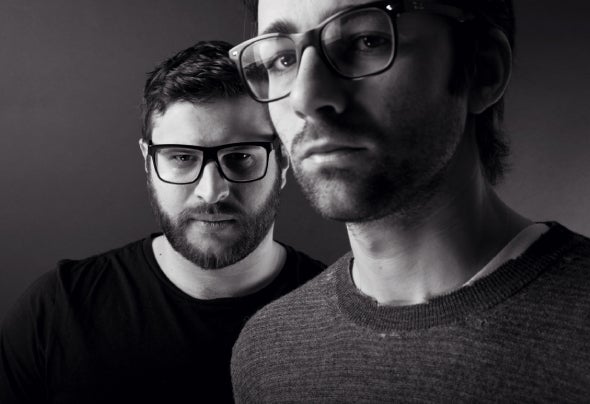 “Cosmic Cowboys” is a project born from the different styles of two young venetian artists: Nicola Sansoni aka Randomatique and Kaled Jabari aka Kaledj. Big friendssince they were 10 years old, they got involved into electronic music since they were 15. Influenced at first by artists as Ian Pooley, A Guy Called Gerald, Dj Deep, Chicken Lips, Frankie Knucles and then by names as Ripperton, Trentemoller, Dj Koze, Martin Buttrich and Royksopp they developed a style that couldn’t be defined with other term than “cosmic”, edging between deep-house, dub and tech- house with their quintessential romantic touch, always able to create a special intensity in their music. Their first EP “Rent a Starship” was released in december 2008 on the german label Ostwind Records being reviewed also on the spanish DjMag as one of the best records of the year. 2009 and 2010 was the time for Nico and Kaled to make more steps with releases as the “Dusk EP” and the “Piano Africano EP” on Musik Gewinnt Freunde together with singles and remixes for labels as Traum Schallplatten, Katchuli, Plastic City, Time Has Changed or Suara and again on Ostwind, appearing also on the Cocoon compilation with their side project “Reisak Corporation”.After reaching the international fame with all these highly acclaimed releases, 2011 see the launch of their own imprint Back And Forth which soon became one of the highlights of the Italian and European scene involving names as Huxley, Tigerskin, Molly, Nicholas, Pol_On, Quell, Elef, Washerman or Varoslav just to name a few and also their personal discography grew with remixes for names as Minilogue, Kollektiv Turmstrasse, Italoboyz, Dj Le Roi, Moodymanc, Djebali, P.Toile, Ryan Davis or Lucy & Rone and collaborations with youANDme, Echonomist, John Dimas, Mr. Statik. Beside their productions also their popularity as djs and live performers grew up thanks to their own party “Origami” and the festival they organize in Croatia called “Somewhere In The Woods” or to their performances in several clubs, festivals and events in Italy and in other european countries as Germany, Russia, Spain, France, Holland, Ukraine, Austria, Greece, Great Britain, Danemark, Slovenia, Croatia, Portugal and Switzerland. The groovy and warm sound behind the turntables and their breathtaking harmonies while live performing are a definitely a guarantee of their skills. Presented in late august with a special concert performedby Cosmic Cowboys together with their band and scheduled for November the release of their long awaited first album "Zero Gravity Love" to be released on Musik Gewinnt Freunde which sees the collaborations of many great singers and musician from all over the world and the remixes of Kollektiv Turmstrasse, Dub Taylor aka Tigerskin and Matthias Meyer & Patlac.