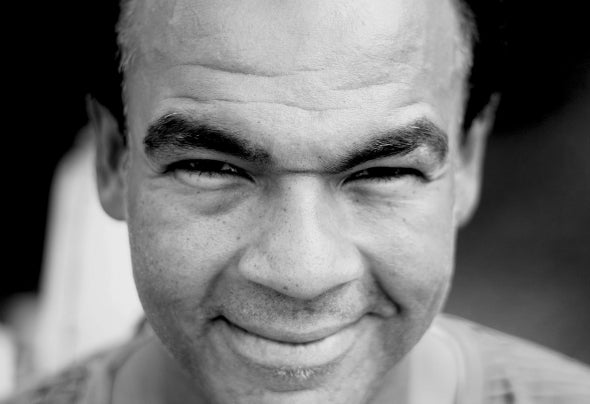 In the Year 1996 Greg Parker began to work for the Distribution “DMS” and the Recordstore “Imports”. In 2002 he started to manage the recordstore on his own and changed the name into “Smoove Records”. The insight into the different kinds of electronic music allowed him an extended overview in the electronic music scene, which is actually reflected in his individual and bulky Sound. At the End of the 90’s Greg Parker was a wellknown Dj in Darmstadt and it's outer regions. In 2002 he became Resident Dj in the famous House Club “Room 106” where he got in contact with Terry Lee Brown Junior. From thispoint of time on they started a close friendship which was not only based on the shared Interest in electronic Music. Inspired by their friendship the first own production from Greg Parker was released on the compilation "Imagination Of The Shape". In 2006 he co-produced the Terry Lee Brown Junior track "I Feel Lost" which found was released on Terry's Album "Karambolage". Since then, the tracks by Greg Parker get an enormous popularity. Be it on vinyl (2009 with the great "All The Good Things EP" and the three digital EP's "Dreams", "Drop Out" and "Understanding" on the sub-label Plastic City. Play), on compilations such as "Plastic City Radio Show, Season Two","Terry's Café" or "Zurich Session" or as a remixer for Terry Lee Brown Junior, T he Timewriter, nor elle, Smalltown Collective or modified Tojami Sessions. In 2008 he also co-produced the track "Headache" with Terry Lee Brown Junior for his album "Softpack". Greg Parker also experimented very successfully with Terry Lee Brown Junior in the fields of electronica, dub, lounge and as the remix team "Elephants And Lollipops" (for example for the track "Alex Flatner feat. Lopazz - Perfect Circles" on Circle Music).At the latest it should be clear here: The creative output is based on a source of inspirational creativity.