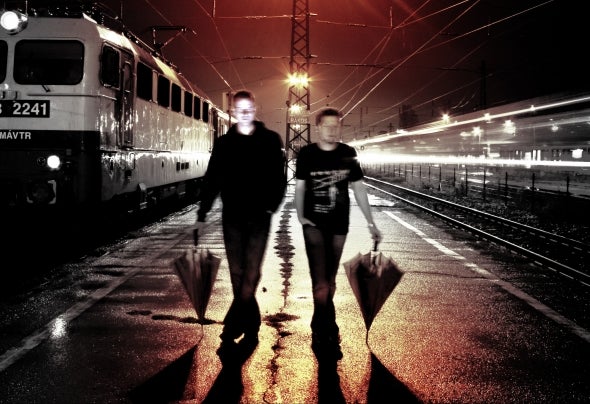 No Solution was co-founded by two stepbrothers, Bert alan Bot h and Adam Barna in t he wint er of 2004. They have got pretty different musical roots, but the same passion for quality music irrespectively of styles, so this cooperation works in harmony from the beginnings. Bertalan (aka Tom-A-Hawk) is a respected DJ in the Hungarian deep house scene and a founder of the ’deephouse.hu’ collective, while Adam came to No Solution as a drummer and composer who had played music in several bands and various styles before he turned to the new challenges of the electronic music. Since then they’ve released successful EPs with Undiscovered Soundscreens (HU) and Galvanic Records (DE) and some of their tracks have been included in CD- and digital compilations, like Harley & Muscle's Deep House-series, Blue Marlin Ibiza, This Is Techhouse or Nassau Beach Club Ibiza. They've prepared remixes too for such artists as Harley & Muscle, Gábor Deutsch, Dynamic Illusion, Kormix or T omee and has been remixed by Fort eba, Nikos Diamantopoulos, Dynamic Illusion, Madox (AKA Marco Grandi), Adam Byrd, among others. No Solution's first album, Northern Tales has been released in 2012 at Little Angel Records.