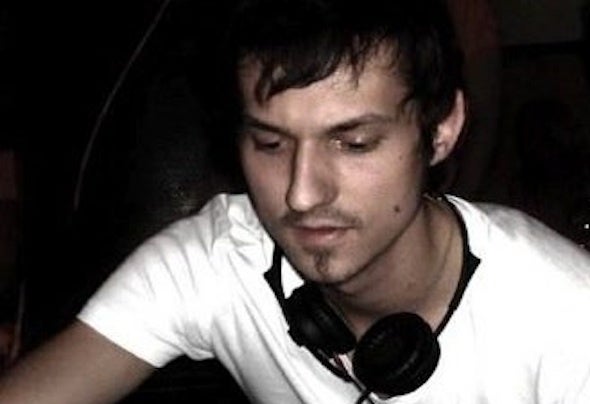 Perfect harmonies, which create room for music sometimes with exciting dynamics, sometimes with philosophical deepness. Lank points out the path in the musical universe to his listeners since 2004, who follow him through nights of loud ovation in the biggest clubs and festivals in Hungary and abroad. Thanks to his sustained work today he is a unique and – despite his young age – well-known character of the electronic dance music scene.Lank thinks sounds, rhythm and harmonies instead of styles or genres, that's why elements of most electronic genres are there in his music, and he's also not afraid to use some jazzy-funky stuff. It his different monikers which show us best, what a wide musical spectrum he's thinking in. The alias Mortinaré is for electronica-based, tricky ambient stuff, while the name Colourblock is a band he created in 2009 together with Forteba and Stone to produce house, progressive house and deep house music.There is almost no club in Hungary now where he didn't play at, so it's impossible to list all where he did. From dark basements to superclubs and open-air stages of festivals – making people dance and sharing the DJ booth with artists like Sasha, Steve Lawler, Swayzak, Jody Wisternoff, Eelke Kleijn, John Graham and Terry Lee Brown Jr. He gained immediate success all around the world, from New York to London, Moscow, Dresden, Cologne, Krasnodar and his recent Argentinian and Mexican mini-tours.He's spending lot of time in the studio since 2006. In that year he published Cowboys Again, Riverview, Confrontation and Wicked Soul, which was used by the british Hybrid duo on their Soundsystem 01 mix album. Hearing these quality releases, Boz Boz label boss Quivver called him most talented producer of the year in 2008. It was around this time when he started working in his debut album, which appeared in 2009 with the title “No Sense Of Direction”. The 12 movingly melodic tracks gain him lot of remix requests from labels like Proton Music, microCastle, Armada, Baroque Records, Ready Mix Records, Sick Watona, Aenaria Music or Mesmeric Records.Since that, he did remixes for and produced music together with artists like Quivver, Eelke Kleijn, Jimmy Van M, Barry Jamieson, King Unique, Cid Inc, Luis Junior, Microtrauma, Jamie Stevens , 16 Bit Lolitas , Monaque, Anthony Pappa, Dibby Dougherty, Moonbeam, Envotion , Ricky Ryan, Inkfish, Yota, Lukasz Napora, Peter Martin, Marco Grandi, Zajac, Kassey Voorn, Rodskeez, FM Radio Gods, Bambook and Michael Burns.The grandiose Bounce Back EP and the Our Benefactors EP produced with Cid Inc appear on Lank's second home, microCastle in 2010. These tracks gained positive feedback from Sasha, John Digweed, Hernan Cattaneo, Guy J and Henry Saiz. In 2011, Ain't No Problem was licensed for Nick Warren's mix in the famous Balance Series.Colourblock's debut album, Sky & Fiction came out on Proton Music in June 2012, which will be followed by his own Songs For T he News Feed EP, where you can again expect a hybrid of melodic sounds and tight beats. Meanwhile, there is an album in the works for the Mortinaré alias with the working title Welcome To T he Wormhole, and the second Lank artist album is also shaping nicely.Lank's creativity can be experienced monthly in his Bounce Back radio show on Proton Radio, one of the leading online music platforms.