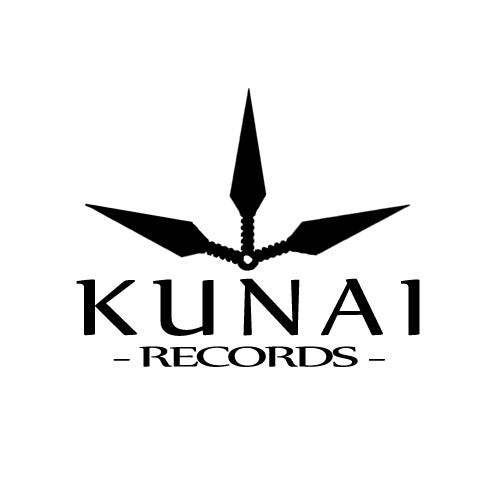 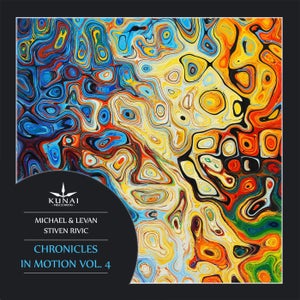 Michael and Levan and Stiven Rivic's Kunai Records begins 2021 by presenting the fourth edition of their popular 'Chronicles In Motion' series. Launched in 2014, these retrospective releases look back at some of the finest remixes of the much-loved trio. Having forged a strong bond with John Johnson's ICONYC over the years, much of Michael, Levan and Stiven's original music has found a home there, yielding a plethora of impressive remixes in the process. Chronicles In Motion Volume 4 highlights some of the trio's most memorable moments on the US imprint, featuring five remixes from Barry Jamieson and Charlie May, Habischman, Martin Roth, Oliver Lieb and Robert Babicz.

A stunning selection of remixes is kicked off by Barry Jamieson and Charlie May who have had a hand in some of electronic music's most revered tracks. From engineering some of Sasha's career defining productions to remixing The Chemical Brothers, Depeche Mode, Orbital, Madonna, New Order, Seal and more, Barry and Charlie have been two of the most transcendent figures in the evolution of electronic music. The duo came together for a special joint remix of Michael, Levan and Stiven's 'Inborn Voices', which was originally released in April of 2019. Detail and character are at a premium here with a low-slung groove housing a wealth of unique sonic artifacts and crunchy rhythmic structures. The main themes translate beautifully throughout, and its tastefully twisted moments continue to delight after several plays. It's a refreshing listen and perhaps a reminder of what is missing in so much of today's rapidly consumed Beatport chart hits.

The second selection finds Habischman reworking the trio's 'Unfamiliar Paths' which originally landed in April of 2020. Born in Iran but now based in the UK, the London resident has found a home on some of House and Techno's most esteemed imprints, including Knee Deep In Sound, NOIR and SCI-TEC. Quite unhomogenized in terms of sound, Habischman stretched his creative wings once again with a stunning take on 'Unfamiliar Paths'. Stripping the framework right down and reprocessing the main motif has allowed for a massive sense of space. It's here where ghostly vocal fragments and an unpredictable array of astral artefacts saturate your senses, ultimately resulting in a great complement to the brilliant original.

Also reworking 'Inborn Voices' was esteemed progressive house talent Martin Roth. It's been a storied career for the German artist since first appearing over a decade ago. The Frankfurt born, Berlin based producer quickly became a mainstay of the Anjunadeep roster, where he has delivered several EPs and remixes since his first appearance in 2010. April of 2019 saw Martin unveil a classy rendition of 'Inborn Voices', resulting in a both critical and chart success. Deep and rolling, yet spacious and modern, its robust rhythmic core and tasteful electronics create an exuberant air across the first act. Atmospheric storyboarding adds hopeful anticipation and a touch of emotion, perfectly foreshadowing a tranquil yet spiritually uplifting main break, before segueing nicely into a smooth finale.

Staying in Germany and remixing the trio's 'Unfamiliar Paths' was electronic music pioneer Oliver Lieb. The Frankfurt resident has been a firm favorite of some of the world's biggest DJ's over the years; namely Sasha and Digweed who have featured many of his productions in their live sets and storied Global Underground projects. Also a long standing contributor to John's Bedrock imprint, Oliver has most recently been showcasing his music on Phobiq, Respekt Recordings, Riot Recordings and Tronic. Always a creative remixer, Oliver put a unique touch on 'Unfamiliar Paths' in April of 2020. Tough and dynamic throughout, it's deliberate cadence and quirky flair made for a powerful and concise techno workout, while a pensive break set the stage perfectly for a finale of percussive flurries and striking arps.

Rounding out the release and remixing Michael, Levan and Stiven's 'Nostalgia' is another storied producer Robert Babicz. The Polish born Malta based producer has been one of the most influential artists over the course of his long and storied career. Robert's discography is full of impeccably produced classics like 'Dark Flower' and 'Remote Kiss', along with many others which all stand the test of time remarkably well. He's updated some of electronic music's most revered classic's like Hardfloor 'Acperience 1′ and Cybordelics 'Adventures of Dama' which both appeared on Harthouse over 20 years ago. More recently Robert has several stellar productions released courtesy of John Digweed's Bedrock Records, Systematic and his own Babiczstyle imprint. For his 'Nostalgia' interpretation Robert keeps the warm moods from the original while adding an acidic underbelly and lighter melodic complement. The end result is a spacious, dreamy rendition that's loaded with character and groove. A remix full of hope and reflection, capping off another excellent edition of Kunai Records 'Chronicles In Motion' series.